Morrissey: “This game is the biggest social crusade of all" 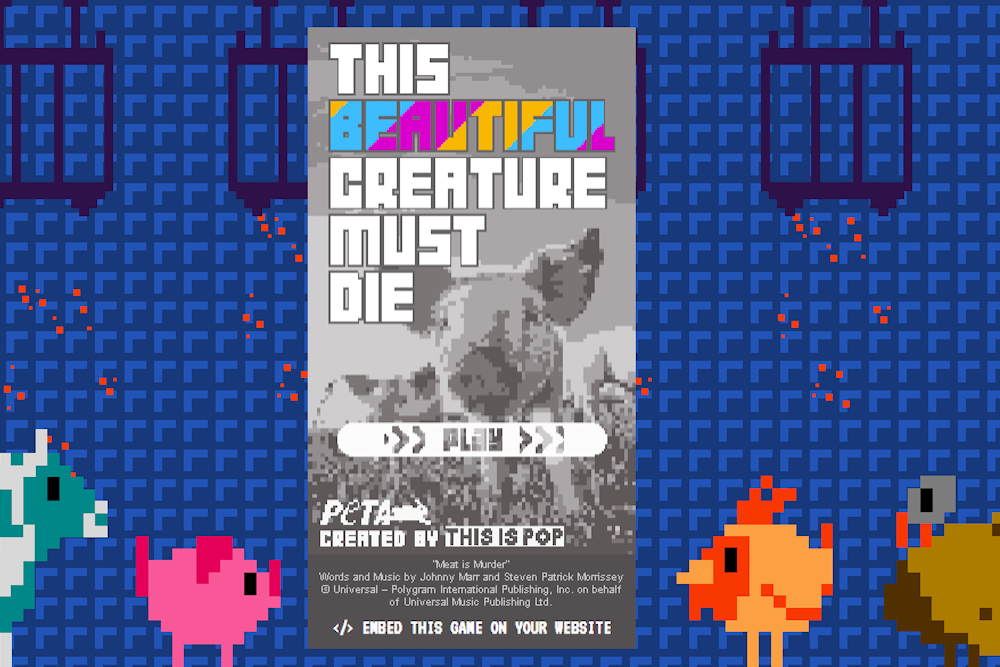 The Smiths’ “Meat Is Murder,” the closer to their 1985 album of the same name, is now the basis of an 8-bit video game. Yes, Morrissey has joined forces with PETA and indie game developer This Is Pop to create This Beautiful Creature Must Die, an obvious vehicle to support Moz’s staunch veganism that asks players to save cows, chickens, and other animals from rotating buzzsaws.

“This game is the biggest social crusade of all, as we safeguard the weak and helpless from violent human aggression,” Morrissey said in a press release. “You don’t get that from Pokémon Go.”

In addition to putting up with the ire from Pokémon fans, Morrissey is getting ready to embark on a world tour this fall. This year also marks the 30th anniversary of the Smiths’ masterpiece, The Queen Is Dead, but sadly it looks like there aren’t any plans for a “There Is a Light That Never Goes Out”-based driving simulator.