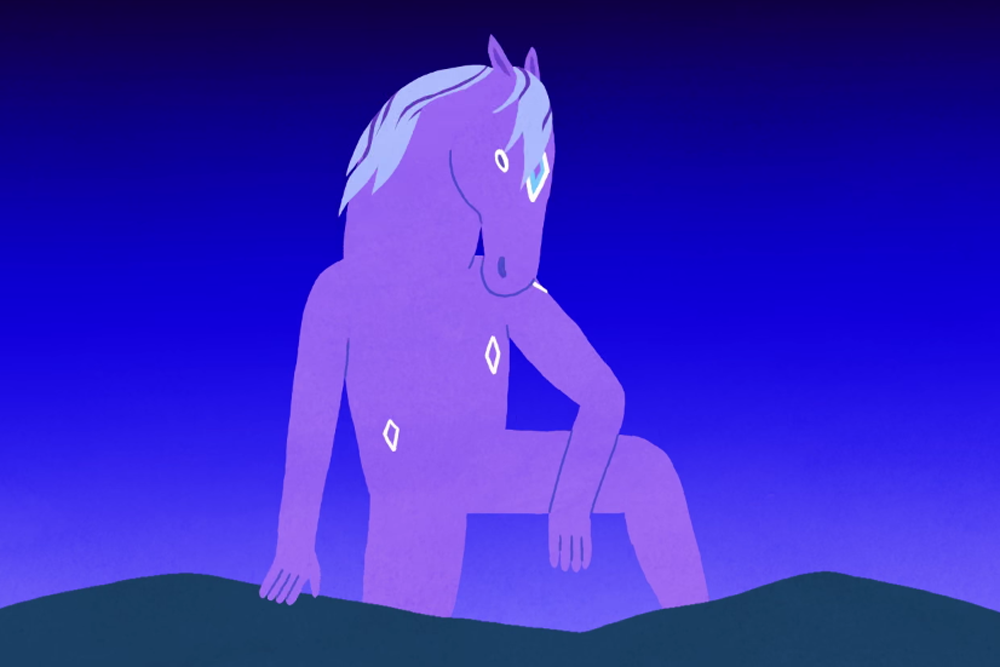 Pop twins Tegan and Sara have shared a bunch of music videos to accompany their recently released album Love You to Death, and now they have an animated one for the song “Hang On to the Night.” Directed by Lisa Hanawalt, the production designer and producer behind Netflix’s BoJack Horseman, this latest clip features a group of mythical beasts banding together to help a purple horse-headed fellow hang stars in the sky. It kind of plays out like a bedtime story — except maybe not for kids, as most of the creatures are, shall we say, anatomically correct.

My video was partly inspired by Fantasia (the Pastoral Symphony part with all the pegasi & centaurs!), and also by folktales about the origination of things in nature. A few years ago, I came up with this colossal horse figure who puts the stars in the sky every night and wakes up all the nighttime creatures, and when I heard this song it just felt like the perfect fit, visually. I added a few more story beats – halfway through the video, some humans in helicopters try to interfere because they don’t understand her. Two cats fall in love and then explode into stars, sacrificing themselves. I want it to feel a little sad, but also kind of hopeful because you know the cycle will repeat itself the next night.

Watch below, and read our interview with Tegan and Sara.