From the 'Suicide Squad' soundtrack, out today 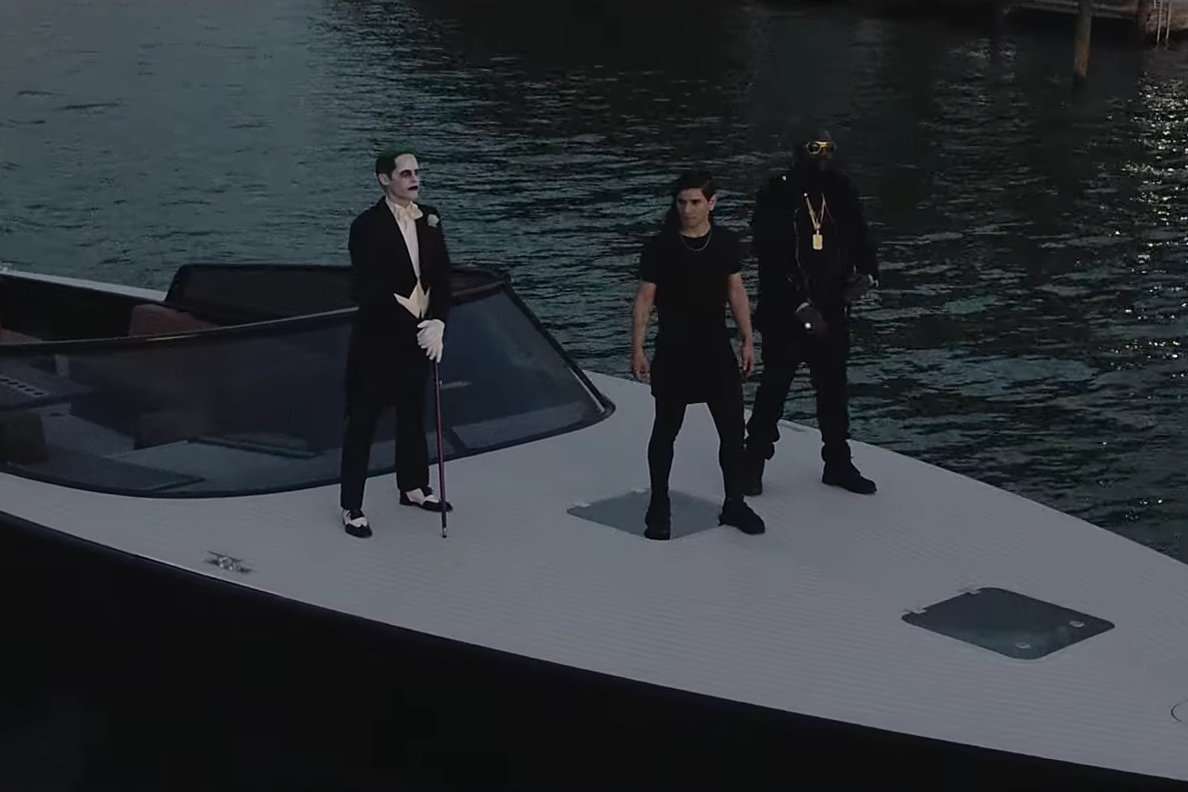 DC Comics’ super-villain juggernaut (not that super-villain Juggernaut) Suicide Squad arrives in theaters today, and Rick Ross and Skrillex are offering a taste in the new Colin Tilley-directed video for their soundtrack contribution, “Purple Lamborghini.” The clip features Jared Leto in character as the Joker, though he doesn’t have much to do besides stalk around and look menacing. That seems to be a fair preview of the movie, too — one reviewer estimated Leto appears in only ten minutes of the final cut.

The Suicide Squad soundtrack is out today and features new tracks from Grimes and Kehlani, among others. Watch Rick Ross and Skrillex’s “Purple Lamborghini” video below.