Anderson .Paak Struggles Through an Art Piece in Dual Video for ‘The Waters’ and ‘The Season / Carry Me’ 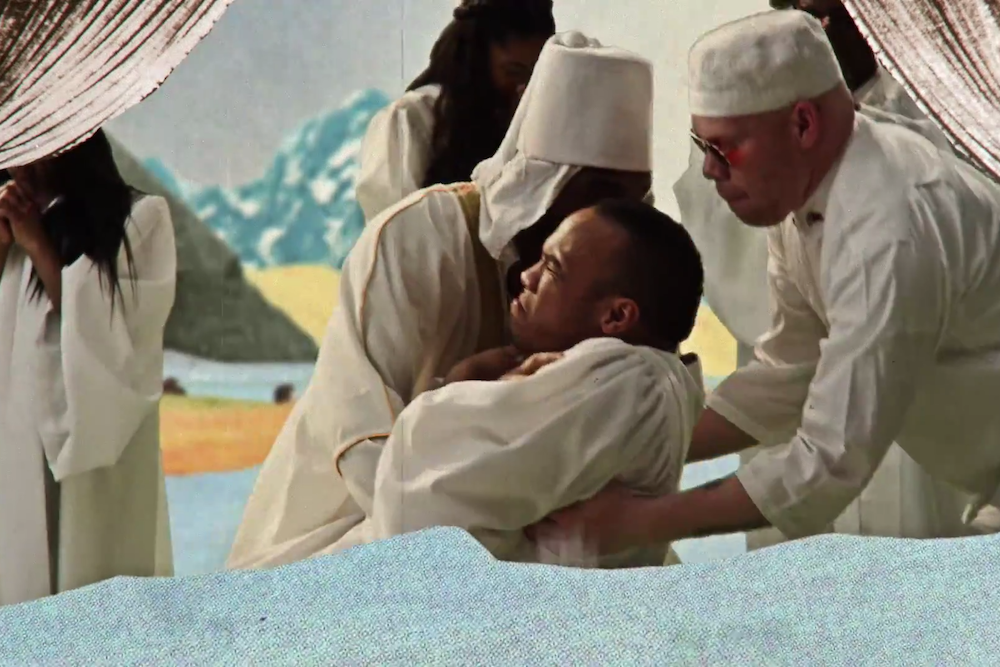 Update: “The Season / Carry Me”/”The Waters” video was previously made available in April, as an Apple Music exclusive, and just now appeared on YouTube.

Anderson .Paak is a very rare talent, and he’s been doing what plenty of artists do during their breakthrough years: features, extensive touring, and music videos. After appearing in Mac Miller’s sunny “Dang!” flick, Anderson .Paak finally dropped a dual video for Malibu highlights “The Season / Carry Me” and “The Waters” on YouTube.

It’s a vaudevillian art flick that takes .Paak from a working man in a surreal environment to baptismal waters. BJ the Chicago Kid — who’s featured on “The Waters” — appears in the video, which you can watch below.