With a little help from the Roots, of course 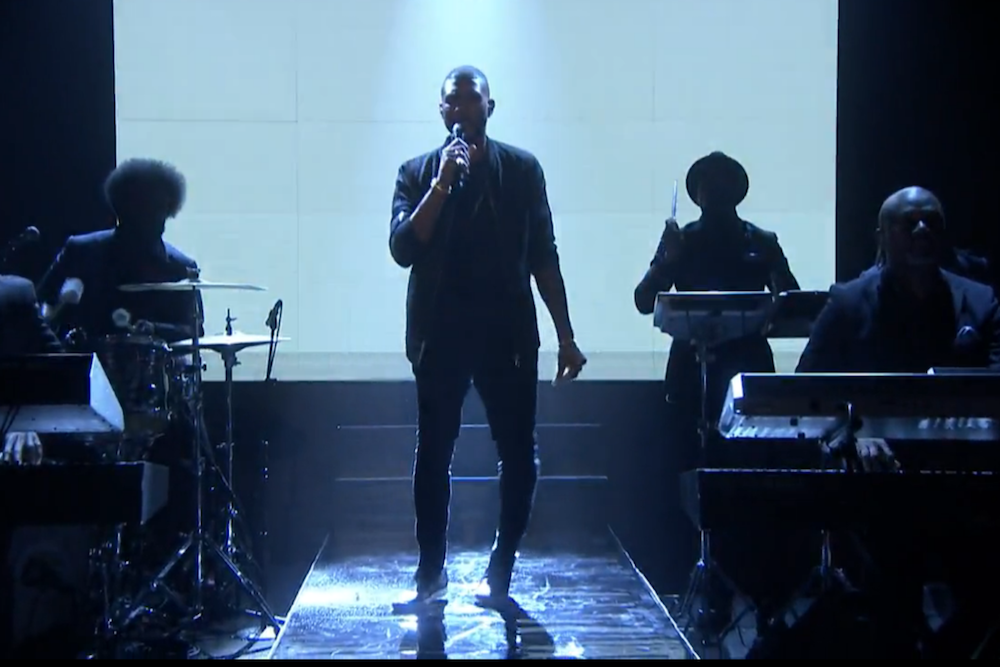 Chappelle’s Show once had a sketch that explained how, regardless of the circumstances, everything looks better in slow motion. That includes Usher, who was both a magician and singer when he brought “Crash” to The Tonight Show Starring Jimmy Fallon last night.

The Cavaliers part-owner performed slo-mo dance moves while the Roots served as his backing band. He was so committed to being locked out of time that even his jump defied gravity, seemingly landing at a slower speed.

Although Usher is one of modern R&B’s legends, he’s not able to defy physics just yet. Many fans wondered about how the performance was even possible, and one tweeter gave an explanation.

@bwilson314 it’s quite clever. Everyone in the shot just moved in slow motion, and there’s a filter that gives it the illusion of a delay.

Usher is still mum on when his next album is coming out, but he’ll star as boxer Sugar Ray Leonard in Hands of Stone, which will hit theaters on August 26. Watch the “Crash” performance below.