It’s hard to make grand pronouncements about ScHoolboy Q. He’s indebted to many things — many parts that don’t define him as a whole. As a rapper, he’s much better than meets the ear, spitting off coded insider details in flurries of strangled yelps that camouflage technical proficiency and terse writing. On “Tookie Knows II,” from his fourth album, the newly released Blank Face LP, he spits, “A young nigga back on Fig / H crown on wig / Shoe strings say where I’m from / On probation and got my gun.” It’s the kind of nod to the 52 Hoover Gangster Crips and lawlessness that just whizzes by within a soft-horror score dedicated to Stanley Williams, a founding member of the Crips, who was executed by lethal injection in 2005, after spending 25 years behind bars, during which he transformed himself into an author who cautioned against the perils of street life.

Q’s admiration of Williams makes sense — aside from the obvious Hoover Crip affiliation, ScHoolboy Q works within similar dichotomies. He’s a gangbanger and a (Black) hippy that’s just as liable to rap about selling pills as overdosing on them. He’s a goofy-yet-menacing personality that comes off as both endearing and untrustworthy — “I’m a gangbanger, deadbeat father, and drug dealer,” he raps on the Swizz Beatz-produced “Lord Have Mercy.” It’s a statement that contradicts his affirmed love and care for his daughter (he took a hiatus from recording to be present as a parent), but he says it with such conviction that it feels dangerous to point out the disparity. A slob in high fashion, Q is just as under the pall of “Jheri curls, cut Dickies, and sherm smoke” as he is shrouded in bucket hats, Balmain jeans, and OxyContin tablets.

These disparate parts and influences don’t come together on Blank Face LP, as they’re just brazenly present in defiance of category. There seems to be no overarching desire to justify the existence of this record — instead, its existence seems to be enough. At a moment when L.A. gangsta rap seems to be reverting to its origins, Q is doing the same, but also pushing forward by “rapping my ass off.” That’s what he asserts on “Kno Ya Wrong,” which finds producer Alchemist abandoning his signature dark grooves to team up with Terrace Martin for a breezy bit of jazz that becomes a To Pimp a Butterfly–esque funk session at the halfway mark. But by the next song — the brooding and hostile “Ride Out” with Vince Staples — Q professes that “Album four is really like Crippin’ on my minibike,” and he’s emptying clips, vacating skulls, and erasing innocent bystanders with no hint of conscience or hesitation.

It’s not easy to homogenize the opposing forces at play, but everything here feels like a genuine rumble through a mind scarred and inebriated by the reality of gang life and chasing the American dream while the room spins. Like the title hints, Blank Face LP is dark and full of stone-grilled stares that lay things out in plain terms, and there’s very little, if any, glamorization at play. Excuses and justifications come seldom and too matter-of-fact to be asking for approval. When Q succumbs to money, drugs, and the occasionally violent intersections between the two, he’s not selling anything but his reality. On the title track, he lays out his best defense of this mindset, rapping, “Told me stay in school, my dream was just a small percentage / Said a million wasn’t realistic / Last year I spent it, what’s the laws of physics? / Move pounds or move down to Section 8 livin’/ Grew up around Crippin’.”

In the past, Q has proven to be masterful with truncated melodies and catchy songwriting (“Hands on the Wheel,” “Collard Greens,” “Man of the Year”), but his albums have always been collections structured around numbers that make less sense outside of the context of the full package. Blank Face LP is no different; aside from the Kanye West-assisted “That Part,” the socially conscious “Neva CHange” with SZA, and the raunchy “Overtime” featuring Miguel and Justin Skye, there’s not much here that’s vying to cross over or be easy listening. Instead, the remaining 14 tracks act as blockers that allow Q to get deep into his own murky brand of storytelling. Blank Face LP doesn’t need to gel by commercial standards to showcase an honest troubled mind who raps his ass off. 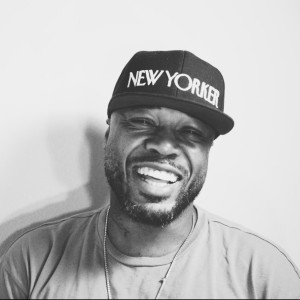