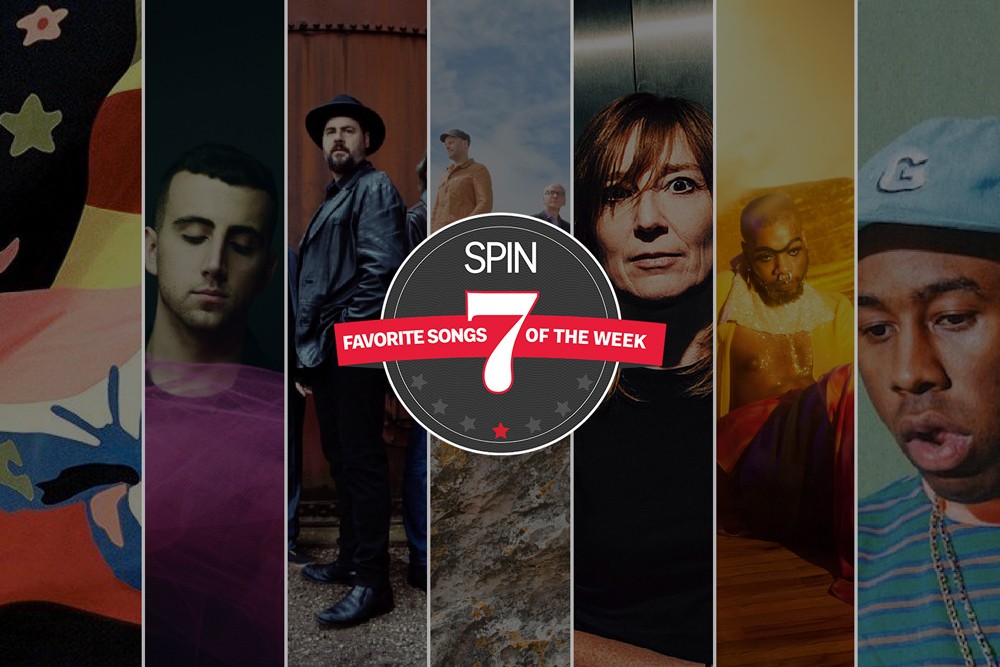 Welcome to our weekly roundup of the SPIN staff’s favorite new songs. Below, sample the best from resurfaced Australian dance heads, Southern guitar-slingers, and more.

The Avalanches, “Subways” (Astralwerks/Modular/XL)
Of the three songs we’ve heard from the Avalanches’ upcoming who-knows-what second album, “Subways” is easily the one closest to 2001’s totemic Since I Left You, a Jenga stack of filched snippets over a rubbery, buried disco bottom, with all sorts of stitches poking out (did you catch the “na-na-na-na-na” from “Gettin’ Jiggy Wit’ It?”). It’s also a mess, but in sample-dehydrated 2016 — wherefore art thou, Girl Talk? — we’ll take it. — DAN WEISS

Cymbals Eat Guitars, “4th of July, Philadelphia (SANDY)” (Sinderlyn)
The sunburned centerpiece of Cymbals Eat Guitars’ stunning upcoming album, Pretty Years, sees leader Joseph D’Agostino jolted out of his post-tour malaise by a surreal and terrifying Independence Day experience, over tumultuous fuzz-bass and incongruously swinging drums. “Swore I’d be present / And grateful for every second,” D’Agonstino declares at the end of it all, only to admit, “Later the feeling faded / I couldn’t help it.” Holiday weekends never do last as long as you want them to. — ANDREW UNTERBERGER

Drive-By Truckers, “Surrender Under Protest” (ATO Records)
The open-faced honesty of long-running Southern roots rockers Drive-By Truckers has always been one of their most endearing traits, as head honchos Patterson Hood and Mike Cooley spin tales of bitter breakups, toxic ennui, and the night they saw GG Allin. The band’s new record, American Band (out this fall via ATO Records), is the group’s most outright political effort, touching on homespun tragedies close to their hearts, including massacres in South Carolina and a condemnation of the history of the NRA. On the Cooley-penned lead single “Surrender Under Protest,” the band sounds off on the fight to remove the Confederate flag from the South Carolina statehouse. As much as the track’s a victory lap, the crashing guitars also make it feel like a rallying cry at the beginning of a bigger struggle. — DREW FORTUNE

Portishead, “SOS” (Silva America)
“When you’re gone / How can I even try to go on?” In some respects, Portishead’s Beth Gibbons directly address the late Member of Parliament Jo Cox on this unsettling version of an ABBA classic. But at the same time, she doesn’t at all. The group has taken a vapid — albeit phenomenal — pop song about one fallen relationship and universalized it to ask the world why we repeatedly allow a lack of compassion to overpower love and acceptance. When Gibbons coos the distress call over her minimalist soundscape, “SOS” doesn’t mean “Rescue me from heartbreak.” It’s a stone-faced and wholehearted “Save Our Selves.” — MATTHEW MALONE

serpentwithfeet, “flickering” (Tri Angle)
Baltimore’s Josiah Wise (a.k.a. serpentwithfeet) is a classically trained singer with a sound akin to gothic gospel — something that would play, say, while you’re taking communion in an abandoned church. On the tails of his recent signing to Tri Angle Records, Wise has released his debut single, “Flickering,” a sparse piano-based track that serves as a prime representation of his dark-meets-light R&B. Wise’s soulful harmonies gradually build as he sings, “My light is flickering / There’s not much of you I can see.” Grab a prayer candle to help you navigate the shadows. — MAYA LEWIS

Teenage Fanclub, “I’m in Love” (Merge)
Scottish power-pop kings Teenage Fanclub are back for the first time in six years with their 11th studio album, Here, arriving in September. To help tease the upcoming release, they’ve shared the big-hearted “I’m in Love,” a bear hug of a track if we’ve ever heard one. Against thick acoustic strums and a touch of psychedelic organ strains, the venerable quintet harmonizes about losing yourself in another person: “It feels good / When you’re close to me / That’s enough, that’s enough.” Should be enough for you, too. — RACHEL BRODSKY

Tyler, the Creator, “Pillow Talk Remix” (Self-Released)
Part of Tyler, the Creator’s continuing appeal is how he’s one of the few creatives who doesn’t operate under the idea of being a “true artisté” (see: Kanye West, the self-proclaimed Walt Disney/Steve Jobs hybrid). His projects are spun from his childish id, and every so often, he turns out gold. Tyler’s remix of Zayn Malik’s “Pillow Talk” comes with a video of him galavanting about as if he were Skyping a long-distance friend, but the track itself works because it takes the piss out of Zayn’s self-serious Former Boy Band Members Like To Have Sex Too, Y’know shtick. Funk replaces lust, and playful keys twinkle where moody synths once sat as wilted aphrodisiacs. Zayn should f**k less and hang with Tyler more. — BRIAN JOSEPHS