PJ Harvey Performs ‘The Community of Hope,’ Discusses ‘The Hope Six Demolition Project’ on BBC One

"I still call myself a songwriter, really. I gather information for songs" 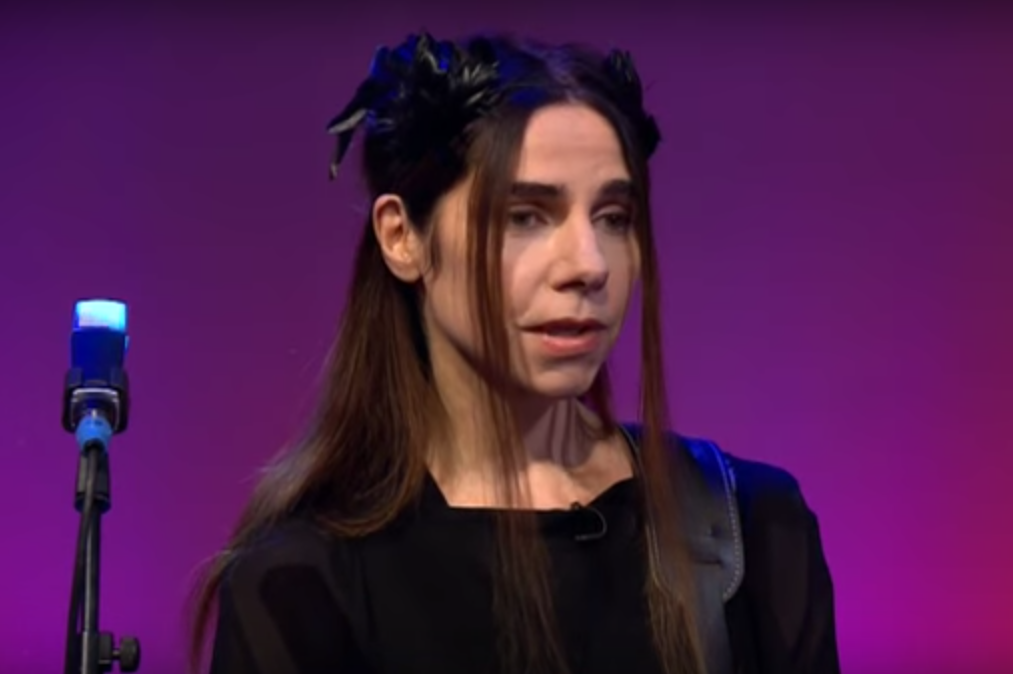 English singer-songwriter PJ Harvey rarely gives interviews, and the rollout of her latest album The Hope Six Demolition Project hasn’t been any different. But on the latest episode of the BBC One’s The Andrew Marr Show, Harvey talked about the creation of Project and performed “The Community of Hope,” which drew criticism from local politicians in Washington, D.C. for its less-than-flattering depiction of the city’s poorest neighborhoods. (The album takes its name from HOPE VI, an ongoing federal program intended to revitalize some of the U.S.’s most troubled public housing projects.)

In a short interview, Harvey discussed her artistic partnership with photographer Seamus Murphy, with whom she first visited troubled regions of Afghanistan and Kosovo before coming to the United States. “We decided that Washington, D.C. felt like the right place to go to tie up the ends,” Harvey says. “A lot of the decisions were made there that affected Afghanistan, affected Kosovo, but it was also a nice place to go back. And I, as a writer, was just trying to almost look at the similarities I could find rather than the differences.”

After Harvey described herself as taking notes like a journalist, Marr pressed her about the relationship of journalism to storytelling in her work. “I still call myself a songwriter, really,” Harvey responded. “I gather information for songs, and my biggest drive in my life is to want to sing to people. That’s the way I get across the things that interest me and the things that concern me.” Interestingly, she did not mention Washington Post journalist Paul Schwartzman, whose words apparently inspired many of the lyrics in “The Community of Hope.”

Watch the interview and Harvey’s live performance of album opener “The Community of Hope” below (h/t Stereogum).