Fat Joe Says the Notorious B.I.G. Was Talking About Anthony Mason on ‘I Got a Story to Tell’ 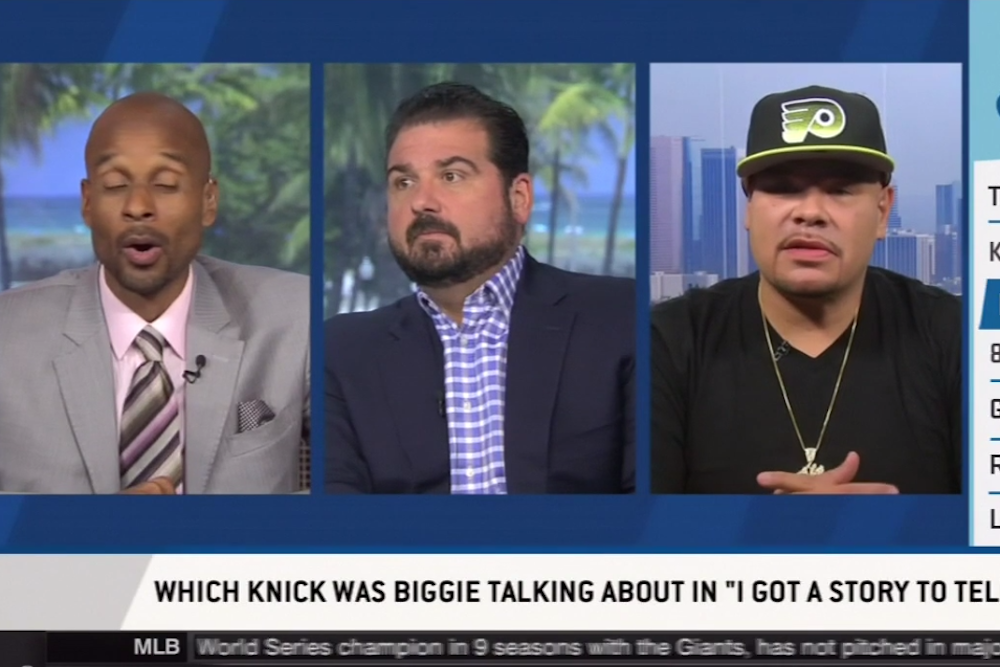 For fans of both the New York Knicks and hip-hop, one of the most intriguing bits of lore surrounding the NBA team’s ’90s incarnation is the Notorious B.I.G.’s “I Got a Story to Tell.” On the classic Life After Death track, Biggie details a sexual encounter he supposedly had with a woman who was romantically linked to a player on the Knicks. The only clue listeners had to go on was the line, “One of them six-five niggas,” which led many to believe the man in question was either fan favorite John Starks or sharpshooter Hubert Davis.

Well, after almost 20 years, the mystery looks to have finally been solved, thanks to none other than Fat Joe. The Bronx MC appeared on ESPN’s Highly Questionable earlier today (May 16) and, to the shock of hosts Bomani Jones and Dan Le Batard, claimed that the late Anthony Mason was the unfortunate Knickerbocker. Joe, who was hesitant to reveal a name, didn’t go into much further detail regarding Mason’s encounter with Biggie. When pressed, the rapper backpedaled a bit, saying, “Calm down. What I heard was it was about Anthony Mason. That was the rumor.”

John Starks appeared on Highly Questionable back in 2014 and was also pressed to reveal a name. Starks confirmed that Biggie wasn’t making the story up but refused to give up Mason, who he played with on the Knicks from 1991 to 1996. Mason died in February of 2015, at age 48, succumbing to congestive heart failure.

Watch the ESPN segment below, courtesy of CJ Fogler. And scroll down further to give “I Got a Story to Tell” another listen.