Drake and ’40’ Do an Hour-Long Nardwuar Interview 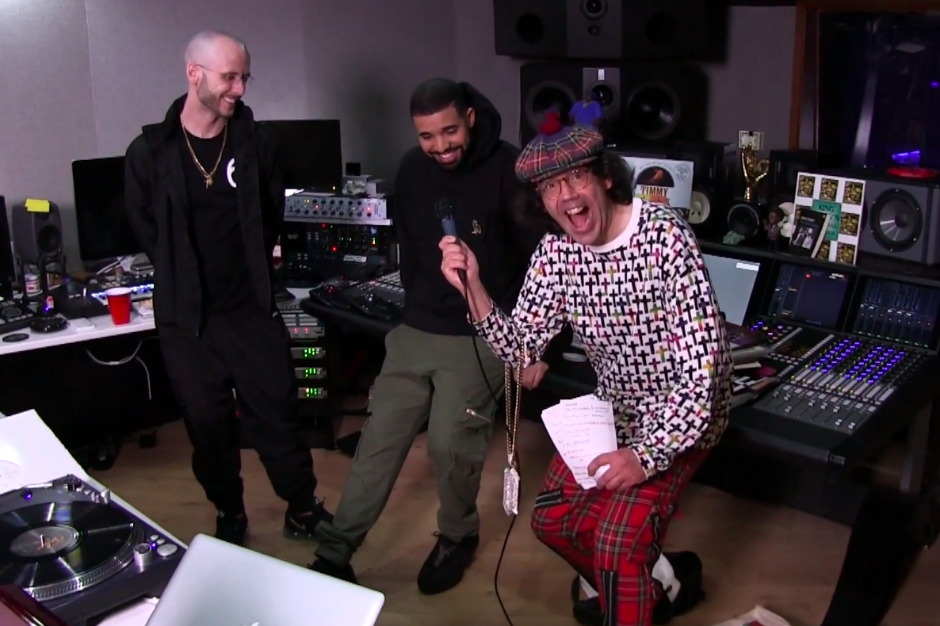 Forget selling a million first week, forget breaking streaming records, forget being the first non-athlete to win the NBA Finals MVP — give it a couple months — in Canadian popular music, you’re still a nobody until you’ve been interviewed by Nardwuar the Human Serviette. The 6 God finally got his sit-down with the David Frost of Vancouver, along with musical soulmate Noah “40” Shebib, in an epic hour-long interview that touches on such Drizzy and 40 favorites as Three 6 Mafia, Vybz Kartel, Mac Dre, and of course, “Hotline Bling” progenitor Timmy Thomas.

The kinship between rapper, producer, and interviewer is evident — and Drake doesn’t even get too mad when he has to correct Nardwuar for saying “Mavadado” or “The Winnins.” Watch here.