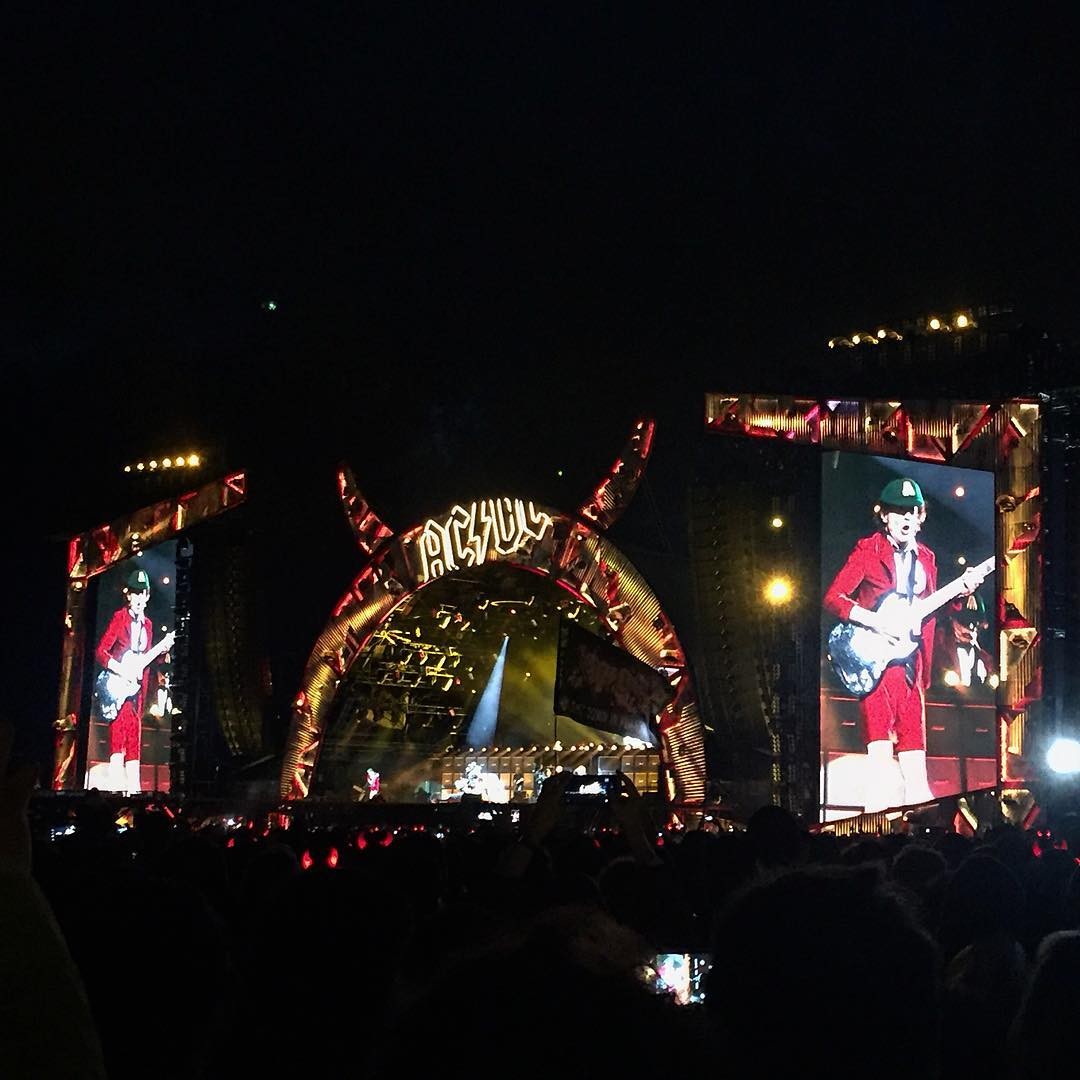 Axl/DC is upon us. Guns N’ Roses frontman Axl Rose made his debut with AC/DC in Lisbon, Portugal last night, after longtime lead singer Brian Johnson was forced to bow out of his band’s tour last month to preserve his failing hearing. At least one ticket vendor is offering refunds to fans unhappy with the switch.

“It’s because of an unfortunate circumstance,” Rose said in a video AC/DC posted on Facebook Thursday clarifying Johnson’s condition. Rose himself suffered a broken foot just after the first night of the latest GNR reunion tour, and remains confined to a chair on stage. Nonetheless, he managed to rock it out, bringing his guttural snarl to AC/DC classics like “Back in Black” and “Shoot to Thrill.”

Check out a fan-shot clip of the Rose-led version of “Back in Black” below, plus footage of “Shoot to Thrill” and “Thunderstruck” via Pitchfork.