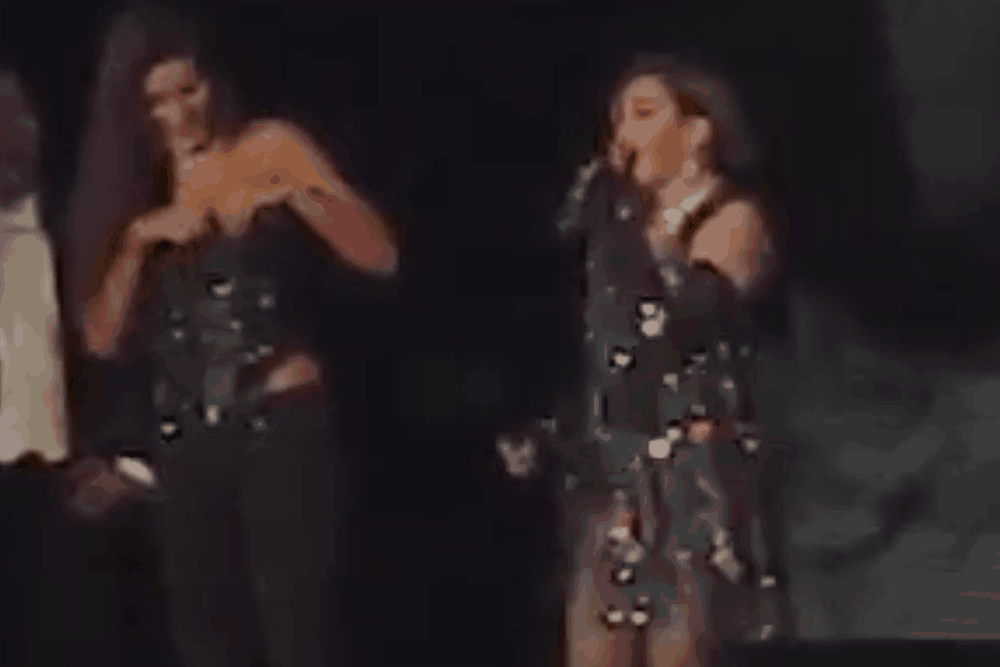 Madonna’s been having a rough go as of late, facing undue criticism for seeming drunk while on tour, and on Thursday she unwittingly exposed a 17-year-old girl’s breast to thousands of fans at a concert in Brisbane, Australia. The Rebel Heart singer invited the fan, aspiring model Josephine Georgiou, to the stage and complimented her outfit and appearance, cheekily giving her a slap before pulling on one of the big hoop rings attached to her leather outfit and revealing her boob to the world.

Georgiou reacted with shock at the time, but later told The Courier Mail that she didn’t mind. “I didn’t realize my boob was such a big deal. It was nothing to me,” she explained, saying it was a fun bonding moment with Madonna. “Only I get to decide if I’m humiliated or not — why would people assume I am humiliated by my own breast, nipple or body?”

Police told Daily Mail Australia that officials would only investigate the incident if a complaint is lodged.

Her mother, Toni Georgiou, wrote on Facebook that she was “so proud” that “Madonna just spanked my daughter,” which, huh, is interesting. Watch censored video of the event via The Daily Mail.