'Taste' and 'Should I Remain Here at Sea?' are out May 13 via Manqué Music 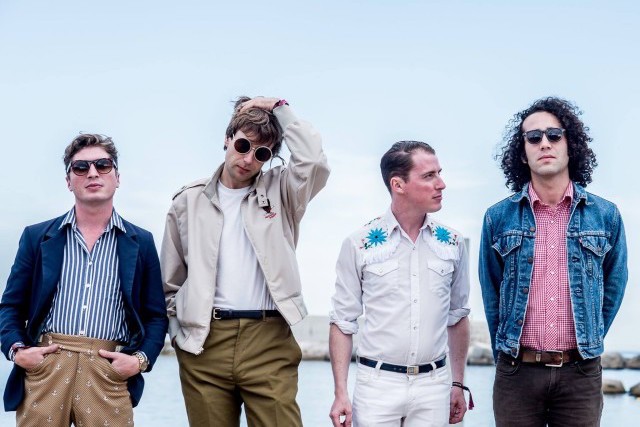 Indie shape-shifter Nick Thorburn, a.k.a. Nick Diamonds, has fronted short-lived but influential weirdo darlings the Unicorns, fashioned a jazzy effort as Reefer with hip-hop producer Daddy Kev, and even provided the music for pop culture’s podcast phenomenon, Serial. But his most consistent project among such a voluminous output has remained the Michael Cera-endorsed outfit Islands, and he’s not about to break his streak.

Back with two – count ‘em, two – albums created simultaneously, Islands are quick to point out that the forthcoming Taste and Should I Remain Here at Sea? are not in fact a double album, but two distinct records: the former lighted by synthesizers and drum machines, the latter stripped down and recorded live. Like fraternal twins, they’re certainly not identical, but there’s no question they are born of the same parents, and in that way act to balance each other out. On these new songs, Thorburn tells SPIN:

“The Joke” is Islands’ first real attempt at anything overtly political, a reaction to the racial tensions and police brutality in America and the struggle to galvanize the general population against injustice and indifference.

“Christmas Tree,” recorded entirely live in one take, represents the personal, a further exploration of what Freud termed the death drive; a willingness to self-destruct completely. I’m calling it now: the song of the summer!

Listen below, and check out the sibling records when they drop via Manqué Music on May 13.

Nick Thorburn on Unicorns Reunion: ‘Don’t Get Your Hopes Up’