David Byrne Has a Theory About Why People Support Donald Trump

"Lately it seems that anything that contradicts a passionate belief has become invisible." 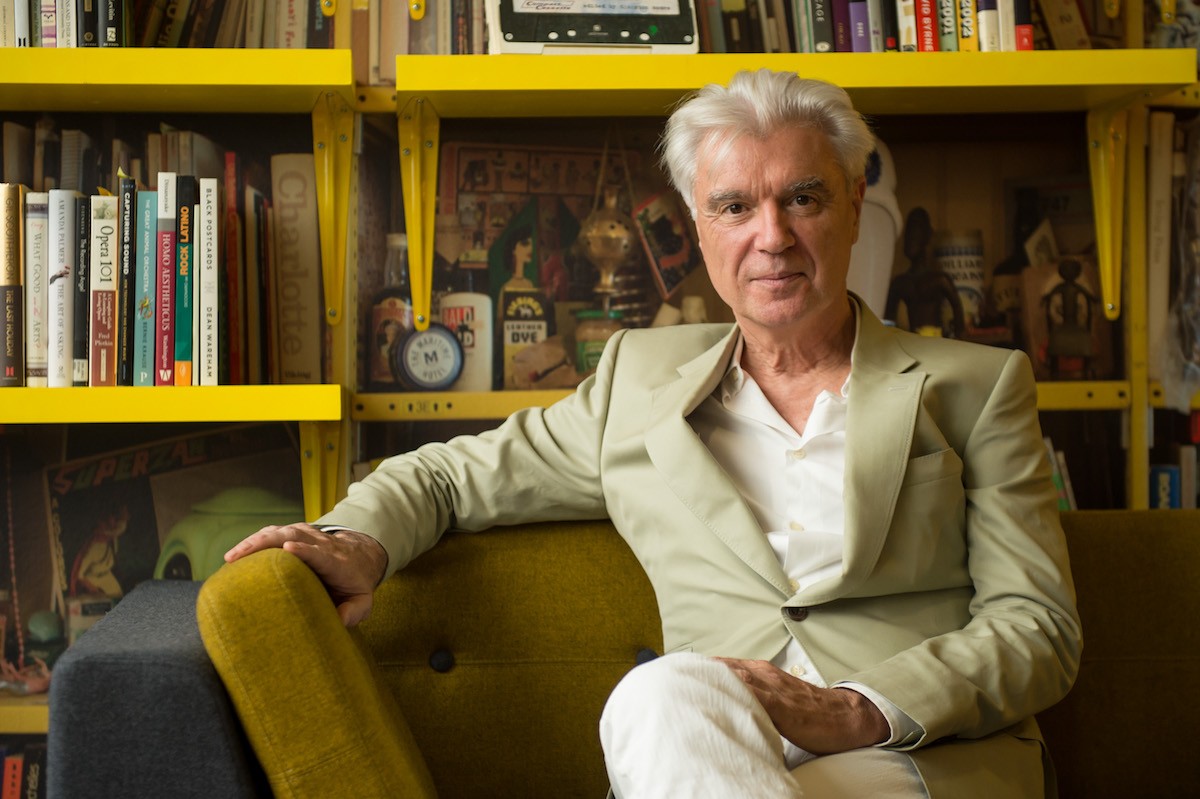 Former Talking Head David Byrne has some thoughts about the social media ouroboros that fuels supporters of day-old cream puff pastry and ostensible presidential candidate Donald Trump. In a lengthy essay titled “The Echo Chamber” on his website, Byrne connects Trump’s support to the power of special interests, disaffection with the American dream, and the influence of Facebook and Twitter.

Social media, Byrne says, presents users with an endless stream of “more and more about less and less”:

In order to keep the eyeballs happy and people on the site, the news is filtered—you get fed content on subjects and people you have previously expressed interest in. The algorithm uses that information to find more articles, images, etc., that pander to your likes. You are an increasingly happier viewer as you see more of what you like.

It’s this feedback loop, Byrne says, that nudges like-minded people towards ever more extreme positions, like fighting for ISIS or voting for Trump.

Byrne admits he’s not sure what to do about it, but he doesn’t miss a chance to plug his favorite hobby: “Am I then supposed to force myself to read the Post and watch Bill O’Reilly from time to time? … I’m going to suggest that cycling or walking around in different neighborhoods gives one a slightly more face-to-face view of the diversity of humanity.”

It’s not the rock veteran’s first discourse on social issues; in 2013, Byrne warned that he might leave his longtime home in New York City if the city couldn’t do more to counter income inequality.