Rihanna’s ‘ANTI’ Leaks on TIDAL Before Being Officially Released 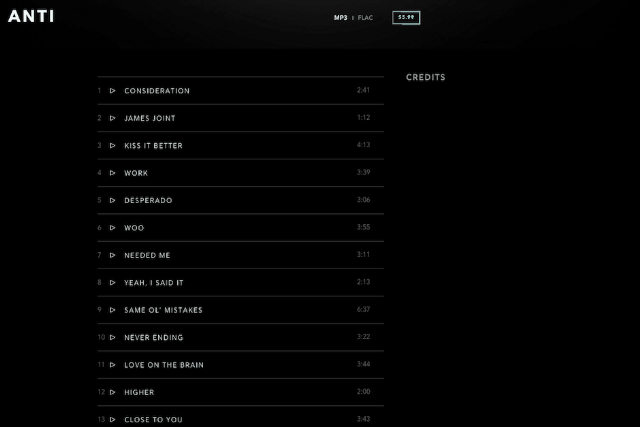 Update 2: Rihanna is offering free downloads of ANTI with a special code.

Update: ANTI has officially been released. Hear it on Tidal right here.

Today just got even crazier: The track list to Rihanna’s ANTI momentarily showed up on TIDAL. It appears to have been taken down, but in the meantime, see a screenshot of the songs here — and listen to some users’ uploaded snippets of songs they were able to listen to below.