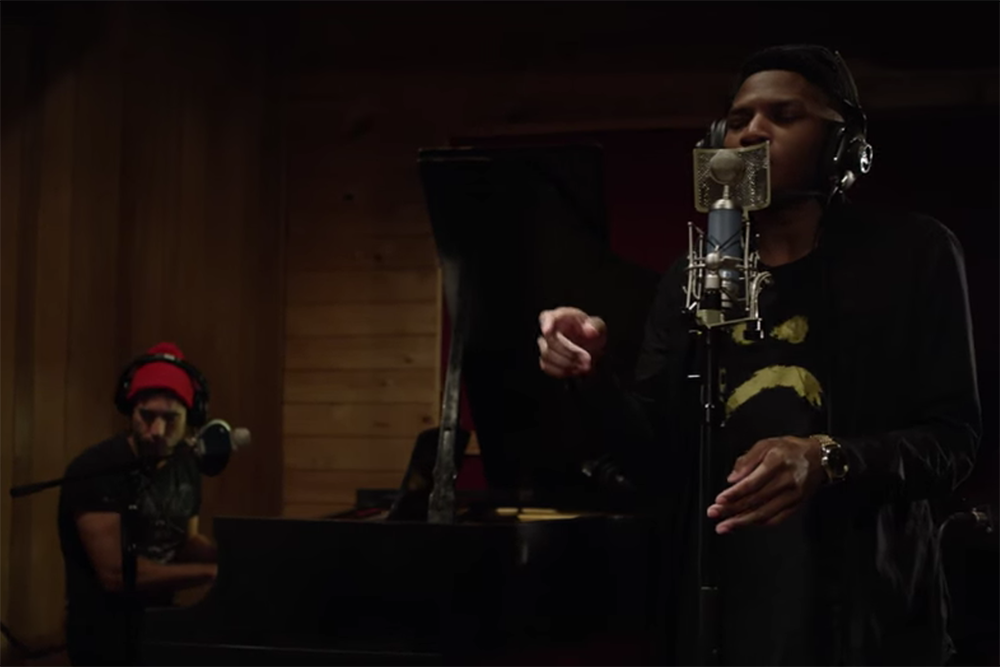 R&B singer-songwriter Gallant opened for Sufjan Stevens at a concert last fall, and the two teamed up for an unlikely cover of Drake’s “Hotline Bling.” Now Gallant has enlisted Stevens help to cover a Carrie & Lowell song, the moving “Blue Bucket of Gold,” as part of the singer’s The Room series with Spotify. Stevens plays the piano and provides faint backing vocals, while Gallant’s serene voice more full than Stevens’ originals; yet somehow, he makes the song even more haunting, emphasizing the swirling emptiness around his words. At the end of the video, Stevens explains the origins of the term “Blue Bucket of Gold,” saying it’s a folktale from Oregon about some children and a mythic lost gold mine. Watch below.