The Ten Sufjan Stevens Christmas Songs That Are Actually Good

Because 90 percent of 'em are borderline unlistenable 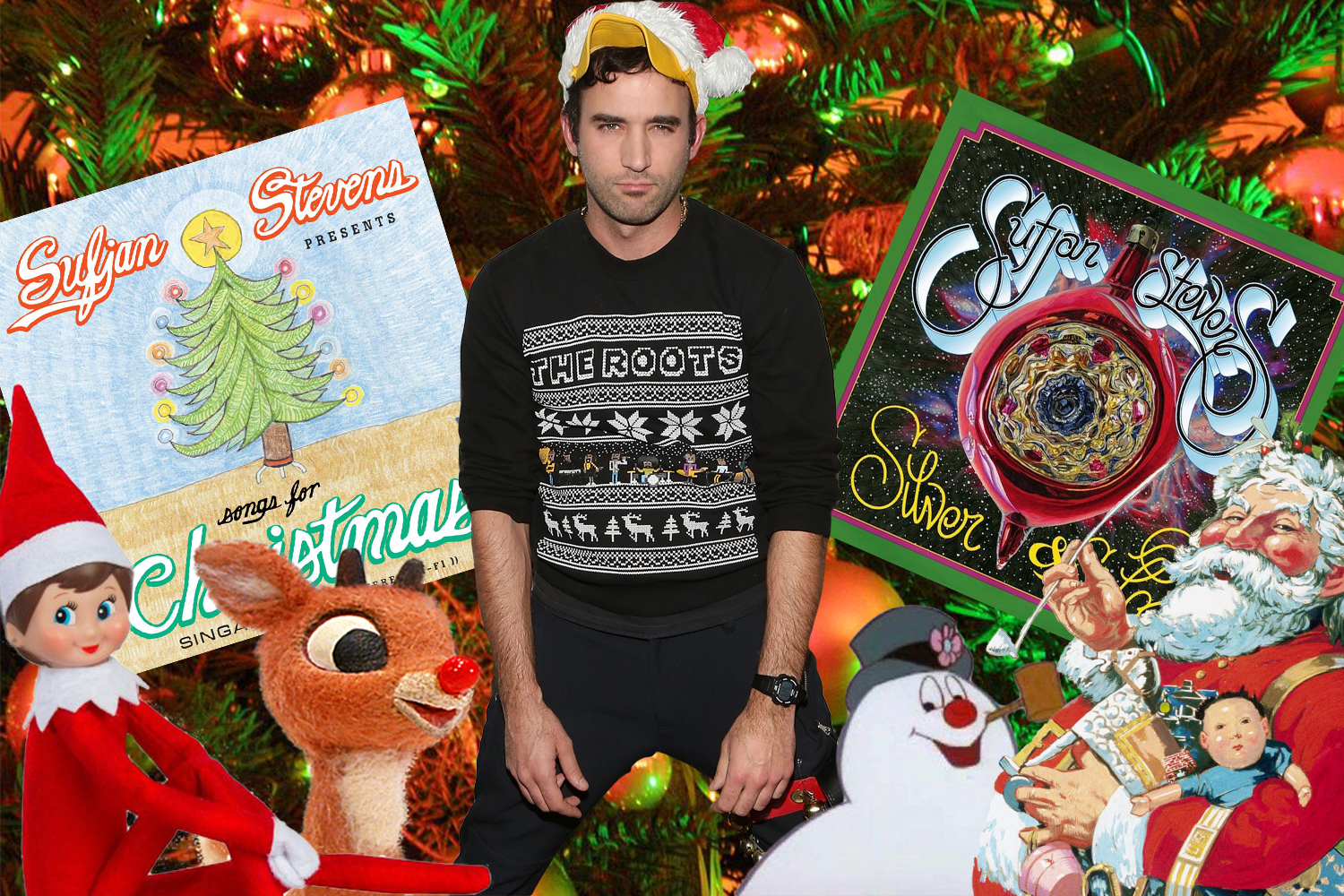 Though Mariah Carey’s iconic “All I Want for Christmas Is You” may be the only modern song to enter the Christmas Carol Canon, that hasn’t stopped other artists from recording countless yuletide tunes of their own. Sufjan Stevens, who released his acclaimed album Carrie & Lowell earlier this year, has written enough holiday music to fill Santa’s bottomless bag of toys. Stevens, a brilliant musician who often brings his strong, unique views on Christianity to his music, uses these same themes and inspirations when writing his Christmas tunes — the bulk of which were originally recorded as year-end gifts for friends and family.

The problem with Stevens’ immense catalogue of carols — collected into two albums, Songs for Christmas and Silver & Gold — is that most of it is terrible. Of the 100 Christmas songs that Stevens has released over the years, only a scant handful are worth listening to as you deck the halls or roast chestnuts on an open fire. Some of the tracks that deserve coal are pretty, but far-too-short instrumentals that don’t even reach the one-minute mark, while others are uninspired, lifeless, and unseasonably morbid. And then there’s Silver & Gold, the BQE of Christmas music that nobody asked for. Intentionally off-key choirs and unhinged ambient electronic screeching splattered haphazardly over the skeleton of “Jingle Bells” makes for an interesting artistic interpretation, maybe, but listening to them on Christmas morn’ is bound to make a Grinch out of any poor creatures still stirring.

Stevens is a truly gifted songwriter and instrumentalist when he’s not being his own worst enemy, so the good cuts from his triple-digit Xmas discography are terrific. Here are all ten of them. (Yup. Ten.)

Folk Sufjan is the best Sufjan, and on “We’re Goin’ to the Country!” he is sonically at his most bare, save for the requisite jingling bells that help set the December mood. There’s an alluring rustic simplicity that Stevens’ Christmas tries to capture. Chances are most listeners might want a little more pizazz on the actual 25th, but it’s nice to reflect on his more unassuming, homey versions of Christmas. “Country,” both warm and melancholy, does this better than most.

“Put the Lights On the Tree”

“Put the Lights on the Tree” starts quaintly enough, but soon becomes a busy and bustling expression of tidy Christmas cheer — imagine a less-gauche version of Whoville from How the Grinch Stole Christmas.

“Once in David’s Royal City”

Songs for Christmas is full of beautiful string and synth renditions of instrumental Christmas classics, but almost all of them end before they get a chance to really start (“Angels We Have Heard on High,” “Jingle Bells,” et cetera, et cetera). With “Once in David’s Royal City,” Stevens finally lets his twinkling, delicate composition fully bloom.

“Three Ships” is one of Stevens’ more straightforward Christmas covers, but he adds a lively twang to the proceedings. There’s a refreshing lack of strings (aside from the literal ones on his banjo), for a Stevens song, and it fits right into any folk-leaning holiday playlist.

“Come On! Let’s Boogey to the Elf Dance!”

Though you might not know it from just listening to the beautiful, haunting Carrie & Lowell, Stevens has a goofy sense of humor. Where the exclamation point in “That Was the Worst Christmas Ever!” was a red-herring, “Boogey” is a rollicking, joyous celebration of the earnest fun of Christmas, anchored by little specific touches like a shoutout to K-Mart and excitement over good gifts like “mittens and socks.”

“That Was the Worst Christmas Ever!”

While “That Was the Worst Christmas Ever!” isn’t festive, it’s actually one of the more gripping, relatable sad tracks Stevens has written. So while it may not be the right call to blast while the kids are opening presents from Santa, it’s a beautiful, reflective song that has its place in an adult Christmas — one that has room for mirth and complexity.

“The president was passing laws / Gave a call to Santa Claus,” Stevens’ sings at the top of this delightful track. Amidst strings that swirl like the wintery winds that are nowhere to be found at the new “yuletide down by the poolside,” Stevens sings a playful ode to holiday decrees and unseasonably warm celebrations. One assumes that the cheeky lyrics aren’t quite as funny in the Southern Hemisphere.

“Star of Wonder” is a haunting, epic song about the fabled star that led the Magi to Christ. While it’s not very merry, it treats the origins of the season with a powerful, fully realized gravitas. And how many Christmas carols can boast a drop like the extended coda in this soaring gem?

“Lumberjack Christmas / No One Can Save You From Christmases Past”

Silver & Gold is 58 tracks long, and most of them sound like Arca and the children’s singer Raffi were fused together into some unholy, horrifying mass, Brundlefly-style. “Lumberjack Christmas,” though, has enough levity and nü-folk cheer to make Stevens’ mostly-misbegotten experimentation work, as it seems to get that it’s going for cornball instead of avant, which is a refreshing little stocking stuffer.

“We Need a Little Christmas”

This is another one of Stevens’ more traditional Christmas covers, but tradition is a big part of what makes the holiday so fun. The joyful choir of youthful voices, which is used to a discordant effect on a lot of the other tracks on this album, come together here in a unpretentious, unguarded celebration.