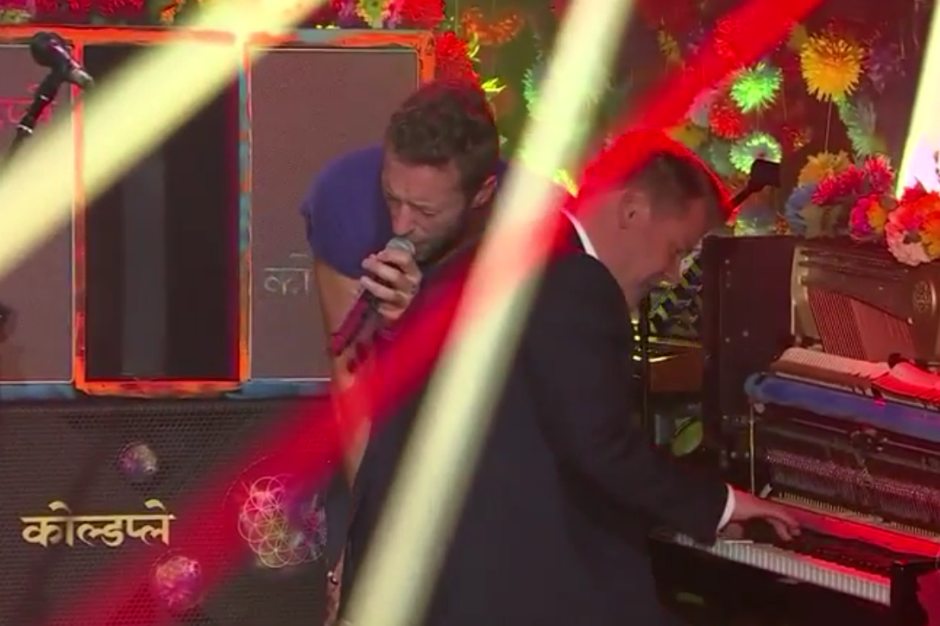 Coldplay continued their promotional run for the recently released A Head Full of Dreams last night, bringing performances of two of the album’s highlights to the Late Late Show With James Corden. They ran through lead single “Adventure of a Lifetime” on their own — no gorillas this time, for better or worse — then graciously invited (allowed, anyway) their host to come join them on the piano bench midway through their performance of the album’s title track. No word yet on whether Corden is now an official fifth Coldplayer or just an unofficial touring member. (Hopefully they’ll bring him out for the Super Bowl regardless.)