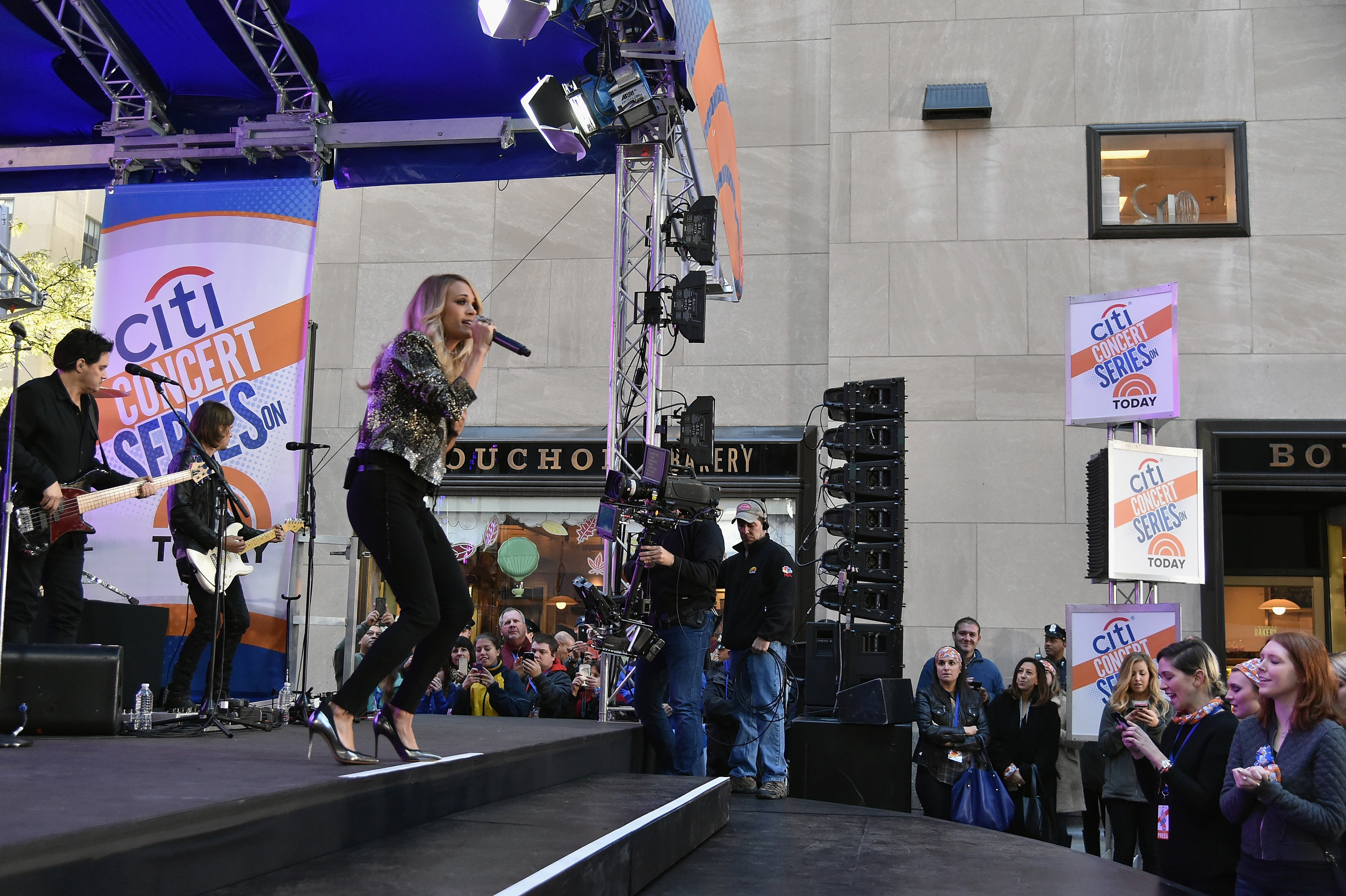 As the Earth careens toward the Winter of Adele, spare a thought for Carrie Underwood. We’re still waiting for her to release a non-American Idol single that doesn’t go country Top Ten. A number of those singles have grown to become wronged-partner classics every bit the equal of “Rolling in the Deep.” And on Storyteller, Underwood finally has a set of songs nearly as massive as her star. Parachuted-in pop writers like Ryan Tedder, Shellback, and Mutt Lange are gone; making their Underwood debut are Nashville stalwarts like Zach Crowell (Sam Hunt’s Montevallo) and Liz Rose (Taylor Swift’s first two CDs). Underwood already did the ersatz-Swift thing on 2009’s Play On, but like the stunning title track from 2012’s Blown Away, Storyteller forsakes Polaroids for 35 mm film.

The first two cuts establish the balance. The roaming “Renegade Runaway” combines a third-person tribute with a second-person taunt, as Underwood depicts a hellion who breaks men for the fun of it. “Dirty Laundry” sees Carrie hang her metaphor on the clothesline for everyone to see; the turntable swipes were surely Crowell’s doing. Miraculously, the fatal-revenge tale “Church Bells” barely has any, but it does boast a restless banjo figure and Underwood’s gutty cadence. Of course, the record’s not all busted hearts: lead single “Smoke Break” sketches sympathetic portraits of small-stakes escapism. “I don’t smoke,” one character sings, “but sometimes I need a long drag.” You almost believe her inhabitation. On side two, she further works the substance abuse theme with “Chaser” and “Relapse” — each track is a power ballad, and each bottles the guy and slides him down the bar.

That kind of doubling-down is emblematic of her approach. You can’t make big-tent songs without pitching wide, and Underwood can’t make a song called “Clock Don’t Stop” without stringing ticking sounds throughout. Ignore the gimmick and it’s a fantastic, Sia-styled song: On the chorus, arena toms back her upper-register sighs. She flashes some fabulous melisma on “Mexico,” but also some accented placenaming. In country music, Mexico tends to feature as an exotic getaway either for rich white people or outlaws; Underwood’s singing about the latter, and all of her confident urgency can’t make things less hacky. It’s a little better when she keeps the banditry north of the border; “Choctaw County Affair” is a swampy, sharply written tale of a criminal couple, the female half of which demolishes “media hype” that casts her as a corrupted belle.

The low-key highlight might be “Heartbeat,” Underwood’s take on the Rhythm & Backwoods subgenre that’s been steadily emerging all year. She steps nimbly along a magnificent, lovestruck refrain, buttressed by Mr. Hunt himself. It’s built for lofting lighters, not Dixie cups. And that’s Storyteller as a whole: expertly arranged, dense without overwhelming the force of its captain. Underwood’s not yet willing to modulate the strength of her attack, but she’s more than able to let the tracks do it for her. When both happen, that’ll be a tale worth sharing.