Bill Murray Gets Festive With Miley Cyrus, Phoenix, and More in New Trailer For Christmas Special 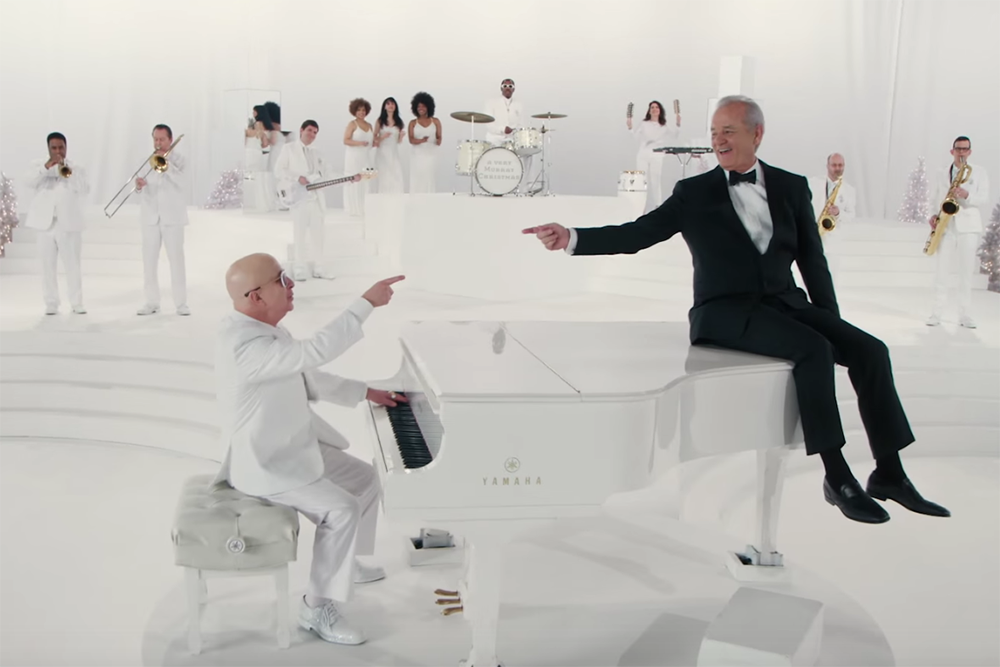 Bill Murray has a Sofia Coppola-directed Christmas special premiering on Netflix next month, and today they shared the first full trailer for his madcap musical production that’s just bursting with yuletide cheer. The Garfield: A Tail of Two Kitties star is joined by A-list actors like Amy Poehler, Michael Cera, and George Clooney (oh yes, they got Clooney), along with musical guests including Phoenix, Paul Shaffer, and Miley Cyrus, who performs a jazzy rendition of “Sleigh Ride.” Watch the trailer for A Very Murray Christmas below, along with the previously released teaser, while you wait for Murray’s Christmas gift to arrive on December 4.