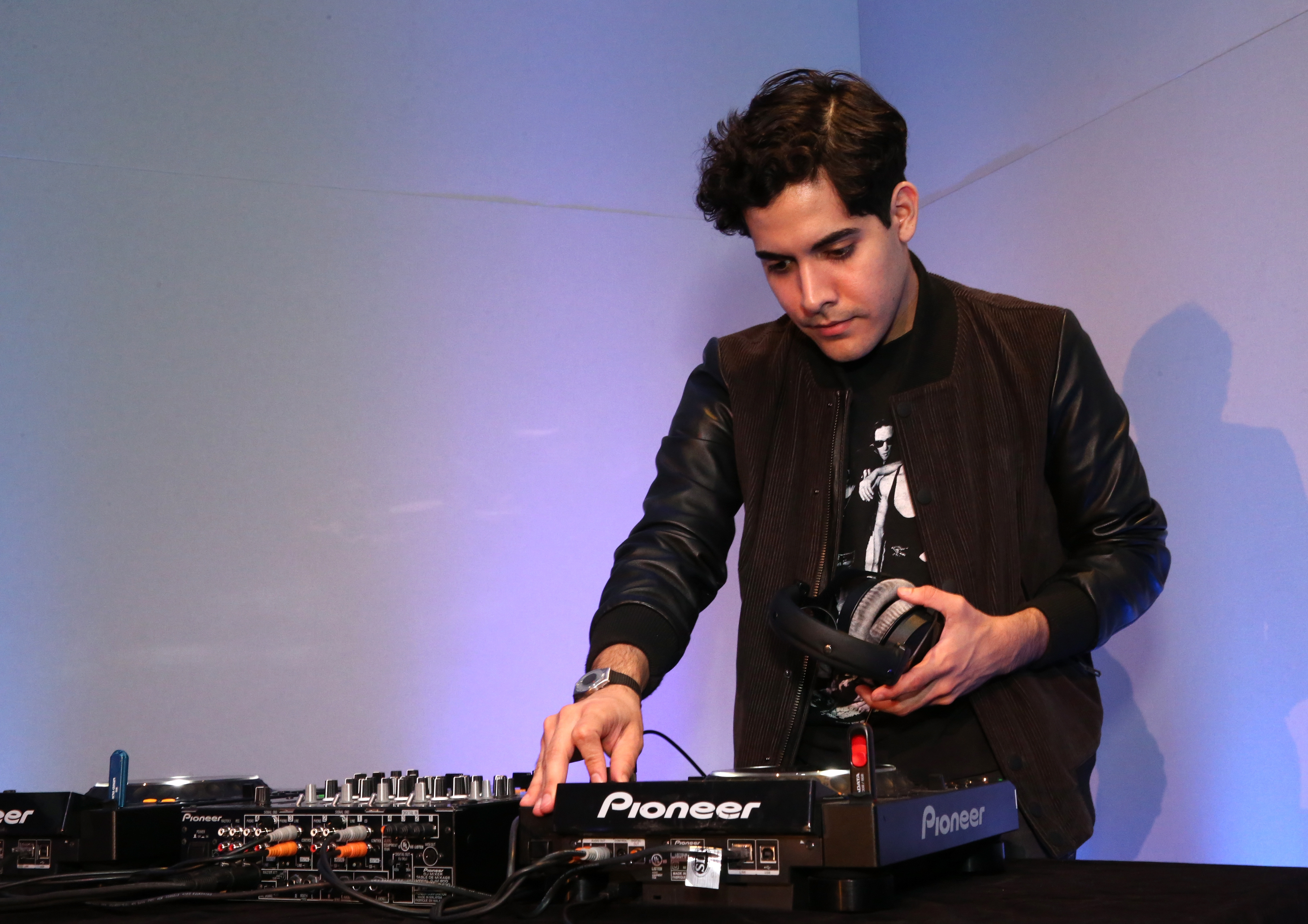 Alan Palomo’s third album as Neon Indian opens with the boastfully titled “Hit Parade”; it’s nothing more than a 30-second instrumental blip that would be easy to write off as ironic self-aggrandizement, but the following 13 tracks on VEGA INTL. Night School are indeed a cavalcade of irresistible Balearic rhythms straight from the battered vaults of an abandoned Ibizan club.

On VEGA INTL. Night School, the onetime hypnagogic pop progenitor has created a fictional institution for “higher learning” as the backdrop for his latest effort, complete with a hotline where you can hear the eponymous “Annie” of the record’s first single try to woo you like a late-night phone-sex operator (before hanging up and texting you the link to download the new track). It’s this perfect balance between sleaze and cheese that makes Palomo’s work the satisfyingly beautiful mess that it is. Palomo may be going back to school but there’s nothing disciplined about this record, whose slinky synths and wonky bass lines make for the perfect playlist of a DJ who hasn’t updated his library since 1985.

VEGA INTL. Night School was recorded in part during a brief stint on a cruise ship, and while most people come back from their Carnival cruise with nothing more than bad sunburns and unfortunate blond cornrows, Palomo turned that trip into a decadent foreign discothèque frozen in time. The lengthy voyage of VEGA INTL. Night School is an era- and genre-sampling island hop — on the slightly reggae sway of “Annie,” the bubbling house of “Techno Clique,” and the glam-rock tinted “C’est la Vie (say the casualties),” Palomo manages to steer clear of any choppy waters for the 50-minute duration.

The album reaches its zenith halfway through with “Slumlord”/”Slumlord’s Re-lease.” Chugging along at a aerobic pace, Palomo’s tale of downtrodden tenants breaking their backs for rent checks gets washed out by the thumping bass and glittering synths down the street; it’s a testament to the healing power of a good old-fashioned, orgiastic dance party.

Compared to the spontaneous hodgepodges of 2009’s Psychic Chasms or 2011’s Era Extraña, VEGA INTL. Night School is a far more intricately assembled product. Now he’s more than just looking back at the hazy VHS memories of the past; the “chillwave” distinction that stuck to Palomo during the microgenre’s peak seems too nonchalant to capture the glitzy kitsch of Neon Indian’s latest iteration.