Neon Indian Lost An Album Then Made Another One

Blame the booze, but Alan Palomo’s third album as Neon Indian, VEGA INTL. Night School almost didn’t happen. Three years ago, on a wild night after the final show of his tour on the back of his most recent collection of pastel-hued synth-pop, 2011’s Era Extraña, a series of “misadventures” led to him drunkenly knocking on the door of his own apartment building at 7:30 a.m. “My roommates were asleep,” he says over the phone from a friend’s place in Los Angeles, sighing. “At some point I just nodded off on my stoop. It was the most Behind the Music moment that’s ever happened to me. But when I came to, someone had swiped my laptop.”

He’d had nearly a full album’s worth of demos recorded at that point, so when he groggily woke on his stoop, two years’ worth of work was gone. “Far more awful things could happen to you when falling asleep outside in New York City,” he says. “I’m glad that I just walked away relatively unscathed — just missing, you know, a couple of hours of music.” Now, four years after his sophomore, he’s finally completed VEGA INTL. Night School, a third widescreen record of psych-inflected keyboard explorations. But since starting from scratch was such a devastating prospect, the 27-year-old songwriter felt the need to take some time off after losing all of that material. He couldn’t just mechanistically crank out another record. “Era Extraña was made a little bit under the gun, Led Zeppelin II-style, on the road,” he explains. “It took a minute to find the love again.”

So he returned to film work, which he studied in college, but abandoned when Neon Indian took off. He wrote a script (a sci-fi/horror idea he’d been kicking around for “a long time”), made an appearance in a yet-to-be-released feature by iconic auteur Terence Malick (an experience he describes as “surreal”), and started doing score work, putting new music largely on the back burner. Eventually he started tinkering again, looking back to his pre-chillwave days as a dance producer under the moniker VEGA as a way to move Neon Indian forward. “When I finally started writing music I initially thought I was going write a VEGA record,” he says. “The intent to make dance music was definitely there, but production components of Neon Indian kept spilling over and vise versa, and I realized it just wasn’t worth splitting hairs anymore.”

As a result, VEGA INTL. Night School, is undoubtedly the most dance floor-friendly collection that Palomo has recorded to date, as the bleary fog of his earliest work parted to reveal an otherworldly club bathed in, well, neon lights. “Slumlord,” one of the record’s advance singles, ambles out of the gate with a woozy ambient intro before settling into a kick drum-heavy shuffle that’ll heave even the most stubborn bodies into movement. But throughout our conversation, he emphasizes the fact that the making of this record was more like making a movie than that of a solitary producer tinkering away on a laptop. 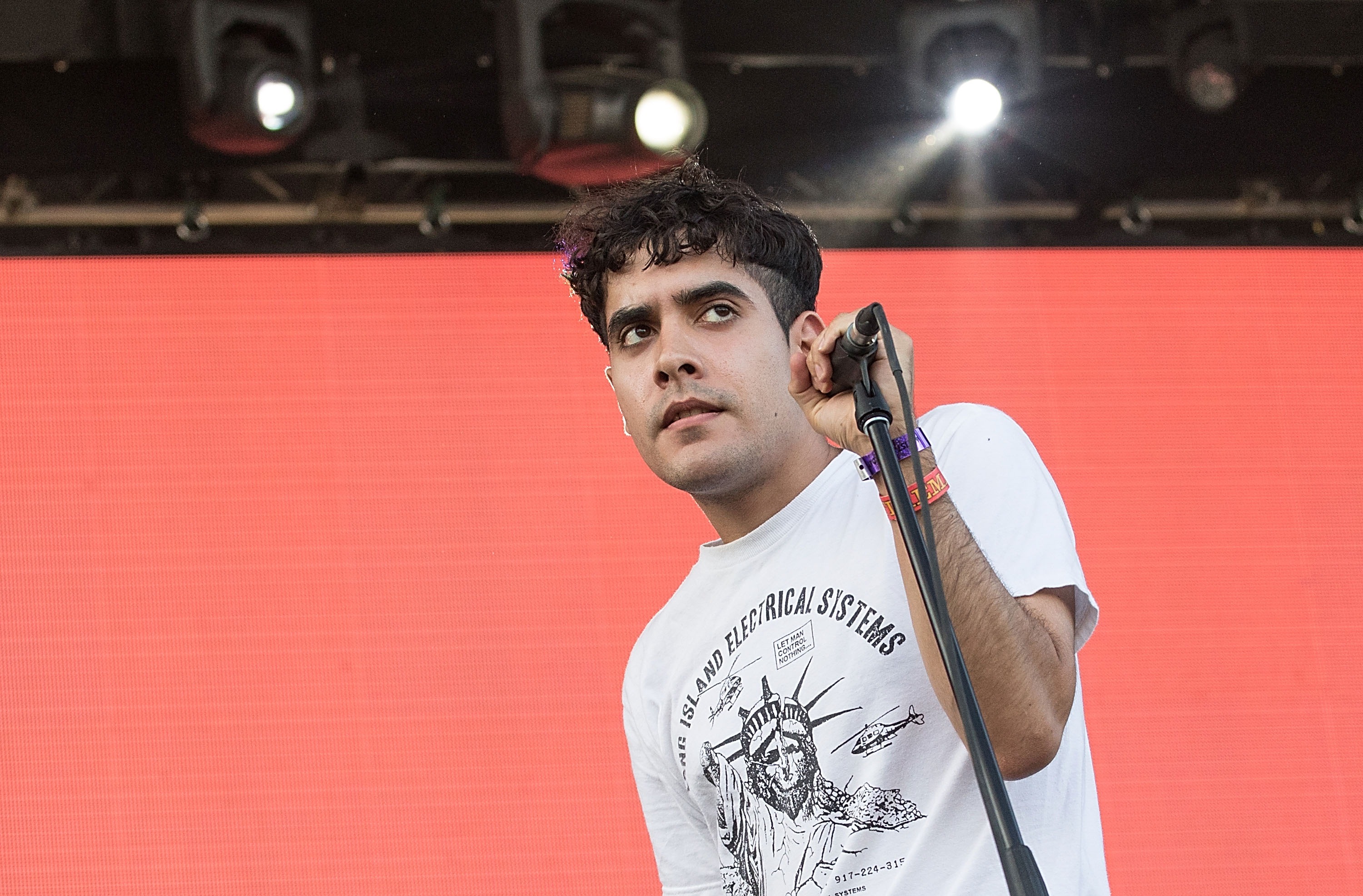 “I mean, like, 17 people are involved in the making of this record start to finish,” Palomo says. “In that sense it was kind of like a film; it was a production. I wanted it to sound like a party, you know?”

That continued through to the album’s completion aboard a cruise liner where his brother was working. It’s an easy and obvious scene for an artist who emerged during the deadbeat summer of chillwave’s finest year, but it’s still so tempting to see the influence of those sun-soaked days of the late ’00s on tracks like “Annie,” which upend the nocturnal album title with breezy influences pulled from tropicália and dub. “It would be almost overly romantic to state that [the album was finished, in part] one magic winter aboard the Carnival Sensation,” he says. “But it did play out like that.”

Even at the full-length’s darkest moments, like the seasick “Smut!,” there’s a sense of buoyancy and narrative progression — a “collage-y” feeling that belies the hapless circumstances that birthed this version of the record. He’s figured out a new pace of working and has emerged on the other side with a deliriously danceable LP and, it seems, a bit of newfound perspective. “[Losing those demos] was as much my fault as anyone else’s,” he says, laughing. “I’d never been that drunk or irresponsible before, and I certainly haven’t been since.”