In Search of the Soul of Rock’n’Roll: SPIN’s 1991 Feature, ‘Oh, What A Beautiful Morning’

In August 1991 — a palindrome year incidentally, the only one possible in the 20th century, if you’ll forgive the digression — we published a special issue dedicated to the deliciously impossible search for the soul of rock’n’roll.

The idea was inspired by watching the eye-bleeding tedium of the Grammys “live” on TV. (I quote mark “live” because I think there is more life in the deepest, darkest nothingness of the farthest reaches of space than in any Grammys broadcast. I went once. It’s worse in person, FYI.) I thought to my agonized self, before turning the broadcast off, this can’t be what it has come down to. I flipped channels and saw MTV, and the car and beer commercials using their faux, de-blooded rock music and knew that, in fact, this was what it had come down to.

So the next day I told the editors and staff writers that we were going to go look for music’s soul. It was clearly in hiding — if not worse, extinguished. Then I told them I would assign each of them to somewhere in the country, to look for the soul of eternal and purposeful defiance and personal and cultural evolution, for which rock, at least then, was the glorious soundtrack.

Then I told them I wasn’t actually going to tell them where they were going until the morning they were leaving. This was not met with universal enthusiasm, but I wanted them to arrive somewhere with no leads, contacts, preconceived notions or biases and, essentially, no idea of what to do. This would ensure, I told them, a fresh and open-eyed way of approaching the mission. We met at New York’s La Guardia airport at 9:00 one early summer morning and I handed each of them tickets and some cash, and the first they knew about where they were each individually going was when they opened the envelope. One editor, a perpetual pain in my butt, I thought really should see Alaska…. (He did a tremendous piece there, and, unless it’s a trick of my memory, was less of a pain thereafter.) 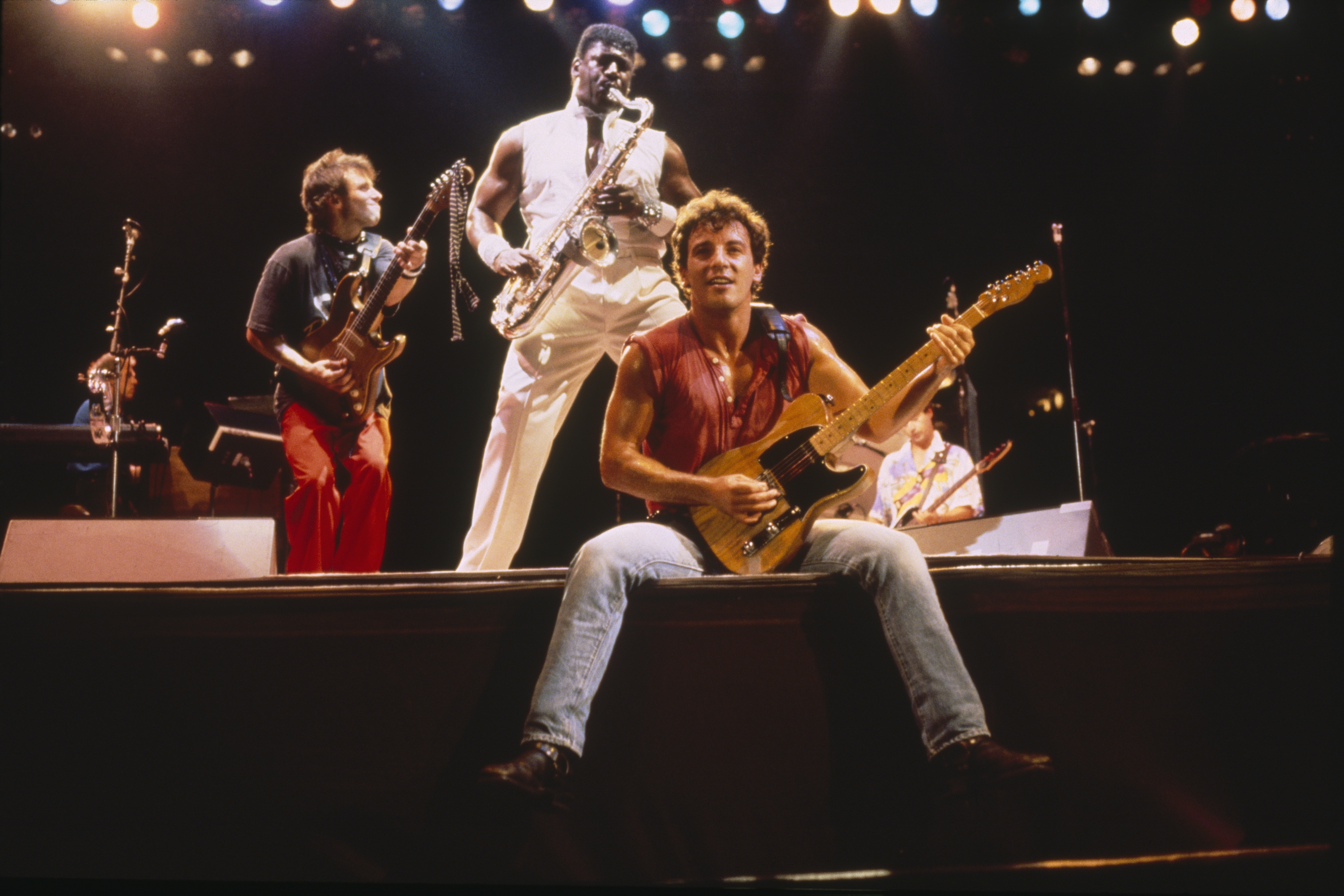 So today we start posting some of those articles, starting with Jim Greer’s hysterically funny report from Tulsa, Oklahoma.

Everyone found the soul wherever I sent them. Turns out, it was with them all along.

[This story was originally published in the August 1991 issue of SPIN. In honor of SPIN’s 30th anniversary, we’ve republished this piece as part of our ongoing “30 Years, 30 Stories” series.]

If you ever find yourself in Tulsa, Oklahoma on a Monday night with nothing to do, I’ve got a tip for you. Go down to a club called Ikon on South Peoria. It’ll probably looked closed, but don’t let that bother you — just walk right in. If it’s anything like the time I went, the doors won’t be locked.

You won’t have trouble getting a seat. The dance floor will be empty, too, but that’s understandable since there’ll be no music playing. Your spirits will lift when you see there’s no crowd at the bar, but they may plummet again when, upon arriving, you notice there’s also no bartender at the bar. What’s a poor boy/girl to do?

Well, you could do what I did. You could politely yell, “Hello, hello, anybody there?” and receive no answer from the neatly stacked chairs. You could go upstairs to the office and find no one to complain to. You could go back downstairs and fidget briefly with your conscience, then duck behind the bar and pour yourself a many-fingered glass of fine Jack Daniel’s whiskey. You could offer a toast to the invisible owners of Ikon, and its invisible patrons. “One half of the soul of rock’n’roll is theft,” you could say. “Sorry. And cheers.” And then you could do it again, because the other half of the soul of rock’n’roll is repetition.

If you ever find yourself in Tulsa, Oklahoma, on a Monday night with nothing to do, I’ve got another tip for you. Get the hell out of town. About the only two things you can do are screw/get screwed and kill/get killed, and after surveying the available prey, given the choice, I’m still not sure I wouldn’t pick the latter. On Tuesday, of course, things improve, as the Big Splash Water Park opens for business. Friday, the day I arrived, is Hold Your Grandmother Hostage Day. This sport seems to be a big hit among the locals. On this particular Friday, Mahlon “Butch” Bastion of 4141 South Rockford Avenue was “it.” Unfortunately, he was disqualified when he blew his brains out in his barricaded apartment later in the day. Saturday night is prom night.

“I’m livin’ on Tulsa time,” Eric Clapton once sang, and I always thought he meant the difference between Oklahoma and the East or West Coast, but now I know better. Time in Tulsa is almost a visible thing. It has a palpable essence; you can bite off chunks and chew thoughtfully, spitting out hours and minutes at leisure. It took a while to get the hang of this, but after watching a number of gentlemen with bulging jaws shoot streams of brown juice onto the pavement from the windows of their pickup trucks, I began to get the idea.

Tulsa, Oklahoma. Oil capital of the world. Water capital of the Southwest. Aerospace capital of Oklahoma. Actually, Tulsa is a very nice place. A beautiful place, even. The 380,000 or so people living within its city limits seem on the whole quite happy to be here, and who can blame them? It’s a very peaceful city, a nice place to raise a family. Unfortunately, I was not sent here to raise a family. I was sent to find the soul of rock’n’roll, but that’s not Tulsa’s problem, it’s mine.

Rock has no real place in this town, and that’s not necessarily a bad thing. Sure, there’s a seamy underbelly to all the rampant niceness here (“COLD POP AND A KIND WORD” reads the sign outside of the Git’n’Go), but everybody’s got a seamy underbelly (you should see mine). It’s no big deal.

Cruising around the highways and byways of Tulsa, past the Golden Pawn shop and the Route 66 one-stop (Remember route 66? It used to go through here), past Bud’s Super Saver and Bud’s Pharmacy and Bud’s Everything Else — either everyone here is named Bud or Bud is one rich guy — past the church signs that read “THANK GOD FOR ED’S SAFE RETURN,” and “A WOMAN’S PLACE IS IN THE ?,” past the American Beef Corporation and the Aerosmith graffiti on the abandoned warehouse next to it, you get the sense that the pursuit of nothing is a full-time, lifelong occupation here. I like that.

I clutch my bottle of Jack Daniel’s defensively. “But I’m thirty years old,” I whine.

“Can’t be too careful,” she says, ringing up my purchase. “Saturday night is prom night.”

The Soul Food of Rock’n’Roll

Rock’n’roll, as everybody knows, has a fast-food heart, and near as I can tell Tulsa has the highest concentration of fast-food restaurants in the free world. Which can only mean one thing, or maybe nothing, or maybe a lot of different little things. It’s hard to say. In any case, such was the cornucopia of culinary delights that I was almost able to eat both lunch and dinner at a different place every day for the length of my stay. My only complaint — no White Castle. Quel drag. Some capsule reviews:

ARBY’S: I was eating here late one night (Beef’n’Chedder, potato cakes, large Coke) when I noticed a small group of local youths in T-shirts furtively smoking Marlboros a few tables away. Every so often one of them’d glance over at me and then turn back and whisper some smart-ass comment to his friends. Eventually I got sick of this. I sauntered casually over, and with my friendliest New York manner said, “Hi. I’m a writer. I work for a magazine called SPIN, and I eat like a pig. Got a problem with any of that?”

BURGER KING: Their Bacon Double Cheeseburger, which I normally really like, was a disappointment. The bun was soggy and the cheese wasn’t even melted. They did give me a Susan B. Anthony dollar coin with my change, however, which I will carry forever in my pocket as a lucky talisman. God knows why.

SUBWAY: A bit off the beaten track, but worth it. If you say “super” when you order a sandwich, you get double the meat for only a dollar more. Plus their large drink is perhaps the largest of its kind I’ve ever encountered. One of the few places that didn’t pipe in Muzak but instead played the local classic Coke, um, I mean classic rock, station — I heard Jackson Browne’s “Running on Empty” and got thirsty all over again. Only 25 cents for a refill.

TACO BELL: I never would have thought that people actually exist who say things like, “So you mean, all that stuff on the ninety-nine cent menu costs ninety-nine cents?” But there are, and they do, and the girl who took my order didn’t know how to give me a receipt. (I needed the receipt for my expenses — you don’t think I could afford to eat here if I was paying for it?) So I took a bath on this meal to the tune of $4.69.

WENDY’S: Definitely the fast-food joint as far as Tulsa is concerned. I don’t think there was a man, woman, or child in here under 200 pounds, and after sampling their delicious double cheeseburger, large fries, and large Coke, it’s easy to see why.

I don’t really see a conflict between religion and rock’n’roll.

On the theory that the search for the soulof rock’n’roll is more or less akin to the search for God, I paid a visit to Oral Roberts University. I immediately fell in love with the architecture — the whole place seemed to be constructed out of papier-mâché spray-painted white and ornamented liberally with gold leaf. The only buildings open were the awe-inspiring Prayer Tower and the campus bookstore. I opted for the Prayer Tower, a massive Christmas tree ornament whose design, like most of the ORU buildings, seemed like some ’60s architect’s skewed vision of the future (ORU was built in 1965).

I don’t really see a conflict between religion and rock’n’roll. Rock music has always had an element of religiosity, or at least spirituality, to it, even in its most carnal-intensive form. Both religion and rock at their best produce the sort of spine-shivers that are as yet the best measure we’ve developed of godliness, or at least goodliness. The problems begin when, in either case, someone tries to formalize the way in which we achieve those shivers. When that happens to rock’n’roll, you end up with Bruce Springsteen. When it happens to religion, you end up with the Spanish Inquisition.

Somewhere between these extremes lies Oral Roberts University. The place is just too damn weird to do any harm — if Elvis had built a church, it would probably look something like this place. The coming attraction at ORU’s Mabee Center is Teenage Mutant Ninja Turtles, which somehow, like everything else in Tulsa, fits just perfectly.

Across the street at the Healing Outreach Center I saw an announcement for a sermon that read “Darwin is dead — Jesus is alive.” It’s as good an example as any of the sort of embrace of the irrational that lies at the heart and soul of both religion and rock’n’roll. Hell, yeah — “Springsteen is dead — Elvis is alive.” Hell, yeah — it’s just a matter of faith. Hell, yeah.