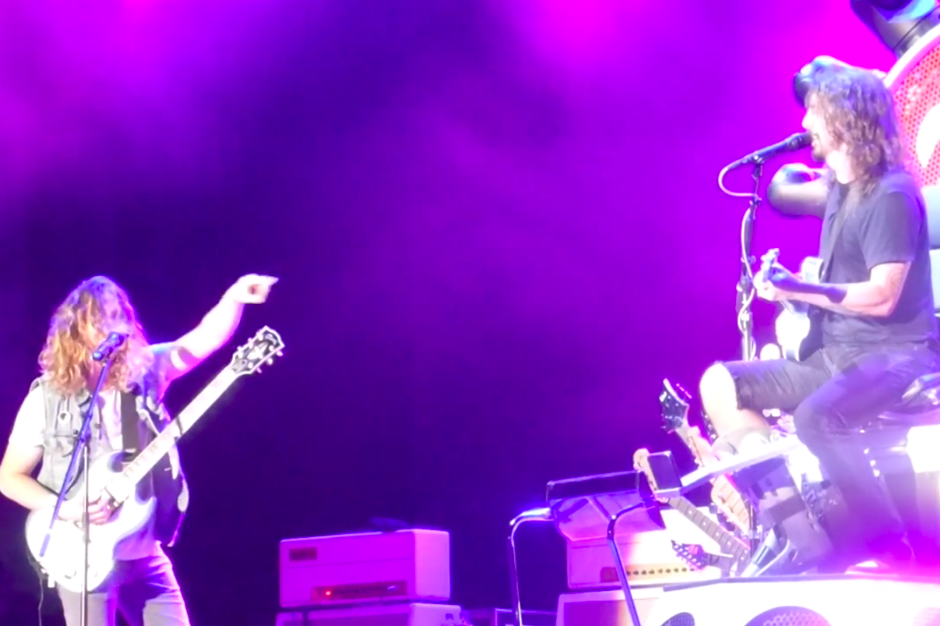 “Who wants to do the same thing all the time?” Dave Grohl asked rhetorically to the crowd of Austin City Limits on Friday night, before making a couple special announcements. One was that his Foo Fighters had recorded five new songs just the previous night in the capital city, and the other was that Texas native Ben Kweller — who, the still-hobbled frontman explained, he had just run into for the first time in 16 years — would provide harmonies not only on the eventual recordings, but on stage with Grohl that very night. The two went on to duet on a ballad arrangement of the band’s mid-’90s alt-rock classic “Big Me,” Grohl referring to the version as “tug your heartstrings, ballad s–t.”

The band also welcomed back an old friend in Austin’s own Gary Clark Jr., the guitar virtuoso assisting the Foos on the Sonic Highways cut “God As My Witness.” Watch video of both below, and check out ACL’s official recap of the “15 most Dave Grohl things” to happen during the set here.