When the girl group Fifth Harmony formed in 2012 on the U.S. version of Simon Cowell’s immensely popular British hit, The X-Factor, nobody quite understood what a major pop force the women would become in just three years. With a debut album (February’s Reflection) and a massively successful single (“Worth It,” which 5H performed with Taylor Swift on a stop of her 1989 tour), the five members — Dinah Jane Hansen, Normani Hamilton, Ally Brooke Hernandez, Camila Cabello, and Lauren Jauregui — embarked on a cross-country summer tour. In early October, though, they hopped back into the studio to start recording the Reflection follow-up with some of pop’s strongest producers and writers, including Stargate, Max Martin, and more.

Fifth Harmony’s first album harnessed the group’s core message of female empowerment — its title track is a slyly subversive take on never needing a man’s approval — and Hansen tells SPIN that the new tracks they’ve been working on for the past month dig more into heartbreak and romance. “This is definitely another level for us,” she says via the Los Angeles studio that she and her bandmates have occupied for the larger part of the month. “It’s a side of Fifth Harmony that no one’s really seen. In the beginning, we were super happy. Our first album was very jumpy. This time, we’re showing who Fifth Harmony really is behind closed doors.”

Reflection was a wide-ranging effort with collaborations from chart-toppers like Stargate (“Worth It”), Ricky Reed (“Boss”), and Harmony Samuels (“Body Rock”), but Hansen says the group has tightened up their sound following their “Worth It” success. “We’re going with that kind of sound in a way that feels like a great transition for us,” the 18-year-old says, noting that she and Jaruegui are getting involved with the writing this time around — a first for Fifth Harmony, who relied on several lyricists, including Meghan Trainor, Luke, and Stargate, for Reflection. “At the end of the day, we’ll have these little writing sessions in the studio. We’re writing [about] our own experiences about love and everything, stuff that’s actually what’s going on right now. We’re all 18, 19, 22, so a lot is going on in our lives. We’re just happy that we get to finally have a say now with what we want and the direction that we want. We’re hoping that the audience can tell.”

With a new single on its way “very, very soon,” Hansen describes 5H2 (the hashtag the group’s been using in their Instagram posts) as their most personal record yet. “It’s definitely more of a mature album,” she says. “We’ve all experienced breakups and love this year. I feel like sometimes we just need to speak more about what we’re going through.” 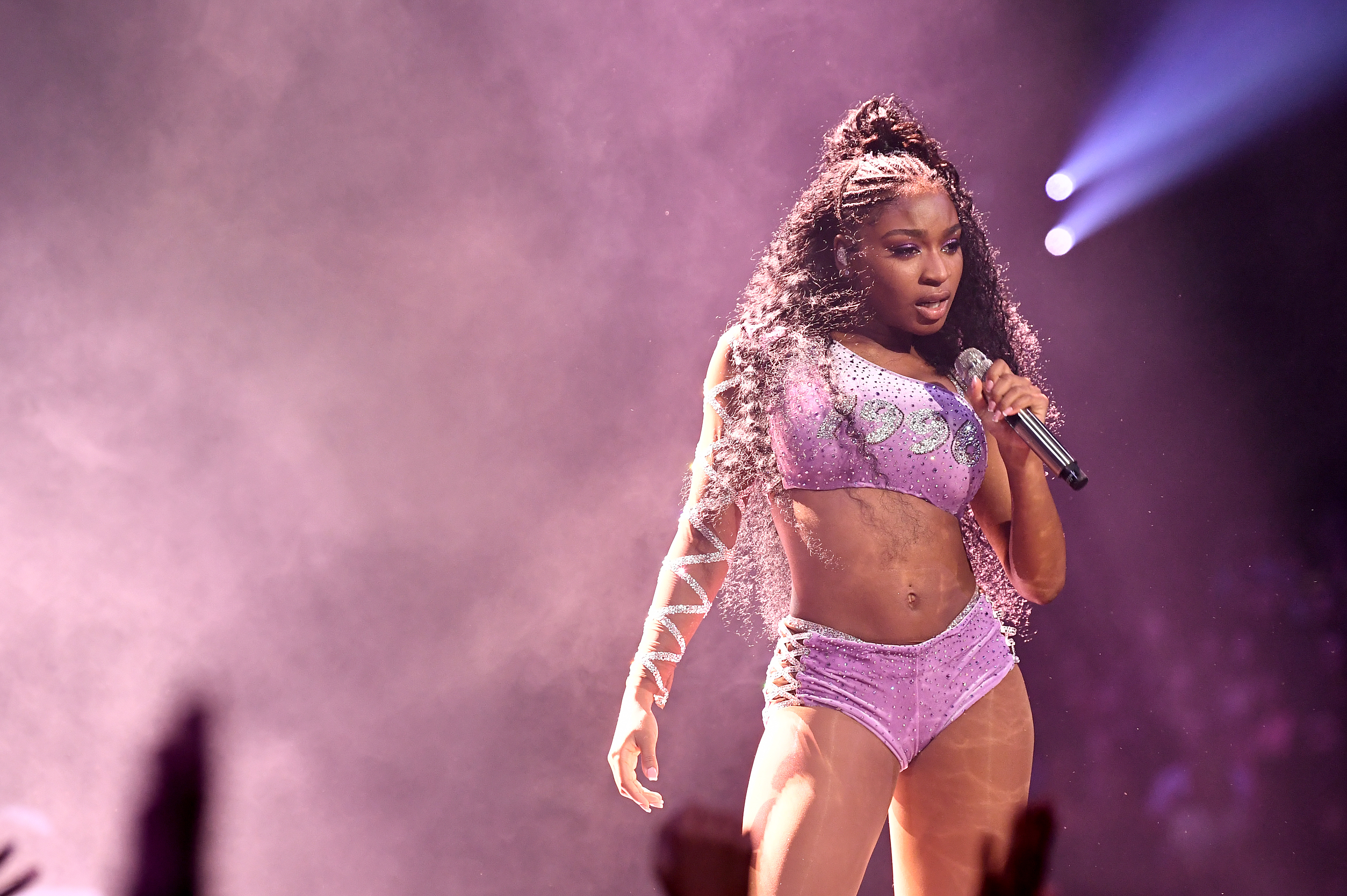 Though Reflection never lacked star power behind the scenes, Fifth Harmony scored pop god Max Martin to produce a chunk of their new album in a series of recording sessions that Hansen says yielded six full songs. The women have been recording four or five songs a day in an attempt to finish the LP in as timely a fashion as possible — a possible release date of December was abandoned so the group could take their time, but Hansen promises the album will be out at the top of 2016 with the aid of Stargate, Victoria Monet (“Reflection”), Tommy Brown (“Everlasting Love”), Mitch Allan (“Miss Movin’ On”), and Jason Evigan (“Better Together”) too.

“We just have smashes, one after the other,” she says. “This lane we’re going with is kind of reggae-rhythmic and kind of urban. It finally includes our ethnicity — I’m Polynesian, we have a black girl, we’ve got Hispanics. We kind of got that island in us, that little flavor in there. We love including that because that’s what we are.”

Though they’ve still got some studio time left — and some guests to add to tracks along the way, with a list of possible names that includes Nicki Minaj (“For one of the Max Martin songs we finished, we could totally hear her on this one part,” Hansen says), J. Cole, Travi$ Scott, and Big Sean — Fifth Harmony are using the lessons they learned with their first album cycle to help inform decision-making this time around. “It was very risky of us to officially release ‘Boss’ as a single, because of the lyrics, throwing in [a shoutout to] a very powerful woman of color [Michelle Obama] into the chorus,” Hansen says, remembering how radio in middle America wouldn’t play the Reflection single. “We were very scared to see how people would react to the song, but we started looking into it more and decided to just include our thoughts on race. We’re very involved with the Black Lives Matter movement, and at the time, we just thought it’d be a great song to lead. It was risky. Everyone loved it. On radio it didn’t do as well because we’re talking about a strong black woman, and so there was trouble there, but we were just happy that we released something that we believe in.”

Hansen says this time, she and her fellow Fifth Harmony members are also hoping to have a bit more say in which songs on 5H2 are chosen as singles. “‘Reflection’ and ‘Going Nowhere’ would’ve been great singles because that’s the exact sound that we wanted to achieve,” she says, referencing those songs’ sharper R&B melodies. “I feel like now on this album, that’s the sound we’re going with finally. Those two songs were my favorites because they actually represented us. We’re not always going to be these bubbly, happy girls. We’re real women too.”