Eddie Vedder Is Really Pumped About the Cubs Beating the Cardinals 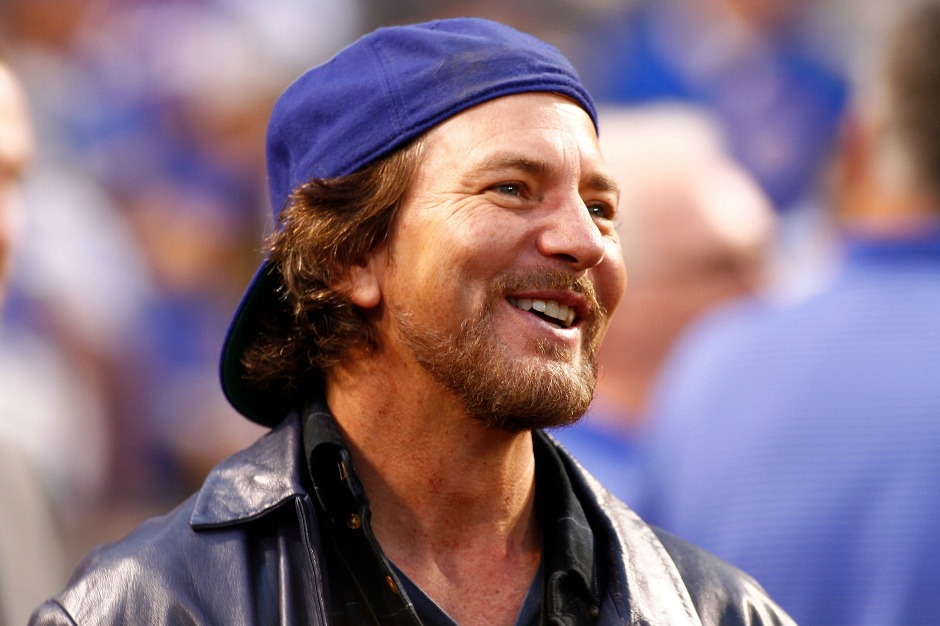 If you care about sports, then you’re no doubt aware that the Chicago Cubs won a playoff series against the St. Louis Cardinals last night, putting them a step closer to playing their first World Series since 1908.

Pearl Jam frontman Eddie Vedder, who is apparently a huge Cubs fan, was there to cheer his favorite team on for the second time in recent weeks (last week he was in the locker room when the team beat Pittsburgh in a Wild Card game). Last night though, an amped Vedder got on camera for an interview with CBS on Wrigley Field. Watch it below.

Vedder is currently at something of a crossroads concerning his favorite baseball team: If the Cubs do make the Series, Yahoo Sports points out that Vedder will have to miss the games because Pearl Jam is scheduled to tour South America later this month. “It’s been a surprise,” he told Fox Sports Midwest. “We’re touring and I have to leave before the World Series. All I’m saying is that the next few years we’re not going to play in October… This year I didn’t think we had to worry about it. But I hope we go to the World Series and I hope I miss the games. It’d be a good problem to have.”

Finally, get a load of this picture of fellow Cubs fan Billy Corgan, who doesn’t look particularly jazzed about his newfound “boyz” status with radio host Brent Dougherty.

Hung out with Billy Corgan at the Cubs game. Clearly we are now boyz. #SmashingPumpkins #FlyTheW pic.twitter.com/OQ9GPwU5Ti