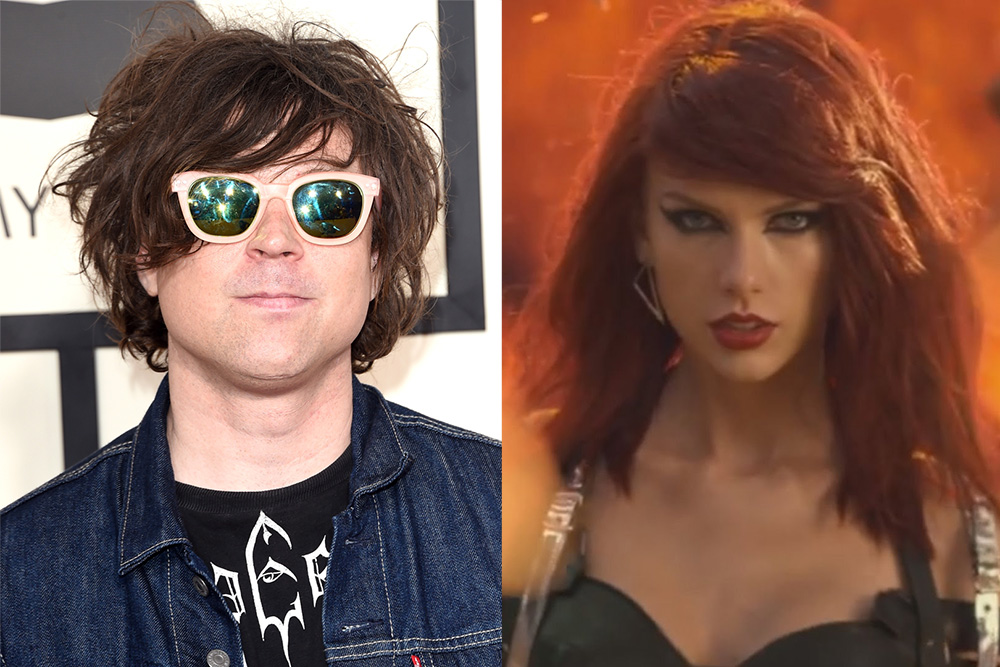 Ryan Adams just dropped his highly awaited cover of Taylor Swift’s “Bad Blood,” the first official song off of his take on the entirety of Swift’s 2014 album 1989 — an album of covers that, SPIN must stress again, is a real thing that exists, blessedly. Adams’ version of the fiery track is an acoustic, more pained interpretation, as if the bad blood’s making him sad, not angry.

We’ve heard teases of a few tracks before this, including “Shake it Off,” “Blank Space, and “Style,” but the whole LP is officially coming out on September 21. Zane Lowe will be interviewing Adams this upcoming Monday morning on Beats 1 with a “special guest” who is almost certainly going to be Taylor Swift herself. And after that, well, we’re just left waiting to see who Adams casts in his all-star “Bad Blood” music video.

Ryan’s music helped shape my songwriting. This is surreal and dreamlike. Countdown to #RyanAdams1989 @TheRyanAdams pic.twitter.com/pGZB0uUqiB