The somber short is beautifully shot 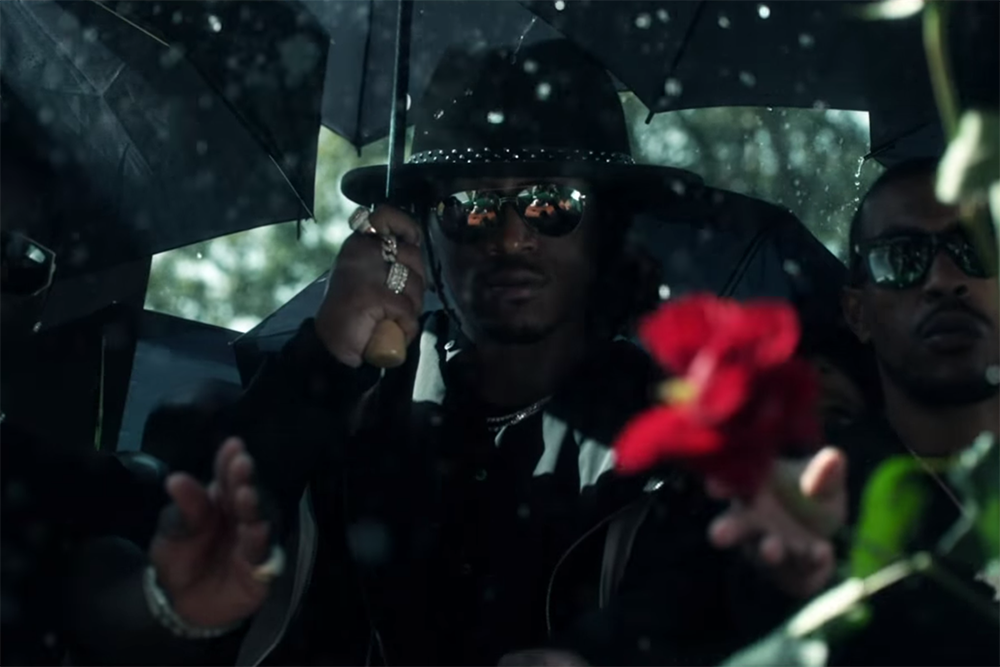 Future’s lavish video for “Blood on the Money” has all the makings of a glossy, dark crime drama. The Dirty Sprite 2 rapper and his crew stand stoically at a funeral in the rain, burying what we assume is a one of their fallen companions in slow motion. Then, we’re treated to tasteful scenes of what could be either a precursor or a retaliatory string of crimes — including, yes, some literal blood-covered money. But there’s a twist at the end that, without giving too much away, at least lightens the mood somewhat. Watch it here.