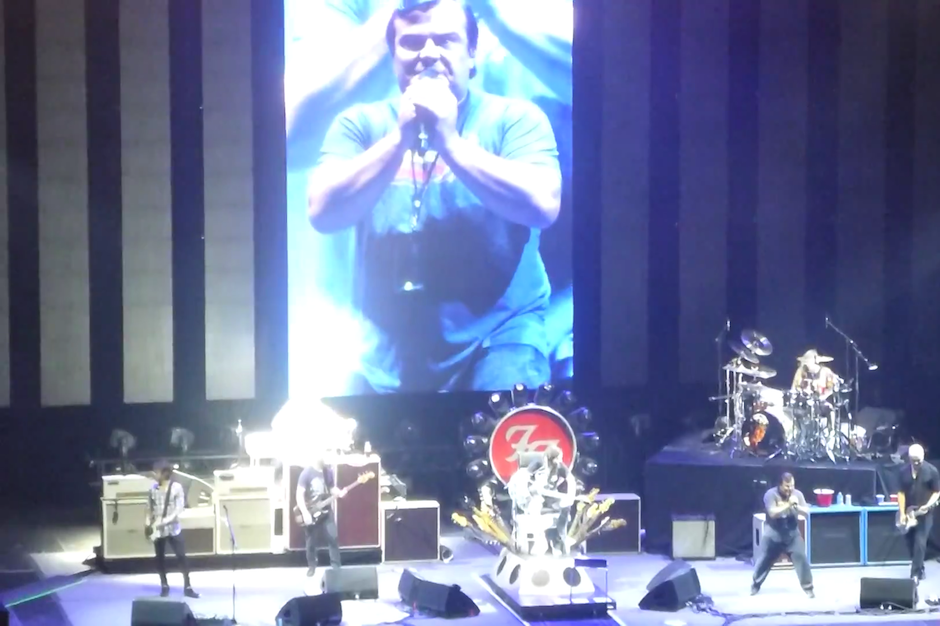 Foo Fighters cover Rush’s “Tom Sawyer” pretty often, but they’ve made its appearances over the past week pretty special. After enlisting current Yes singer Jon Davison on vocals over the weekend, Monday night saw an even bigger guest. Longtime friend of Dave Grohl (and his co-star in Tenacious D: Pick of Destiny) Jack Black showed up on stage to ham it up and belt out Geddy Lee’s famous bars, before hopping off the stage and fraternizing with the crowd.

That last move apparently made Grohl a little nervous. At the end of the fan-shot clip of the performance he says that it seemed like black was “re-enacting [his] stage accident.”  It’s worth noting that this guest spot happened the same night as Stevie Nicks’ and HAIM’s surprise appearance, so that show sounds pretty special.