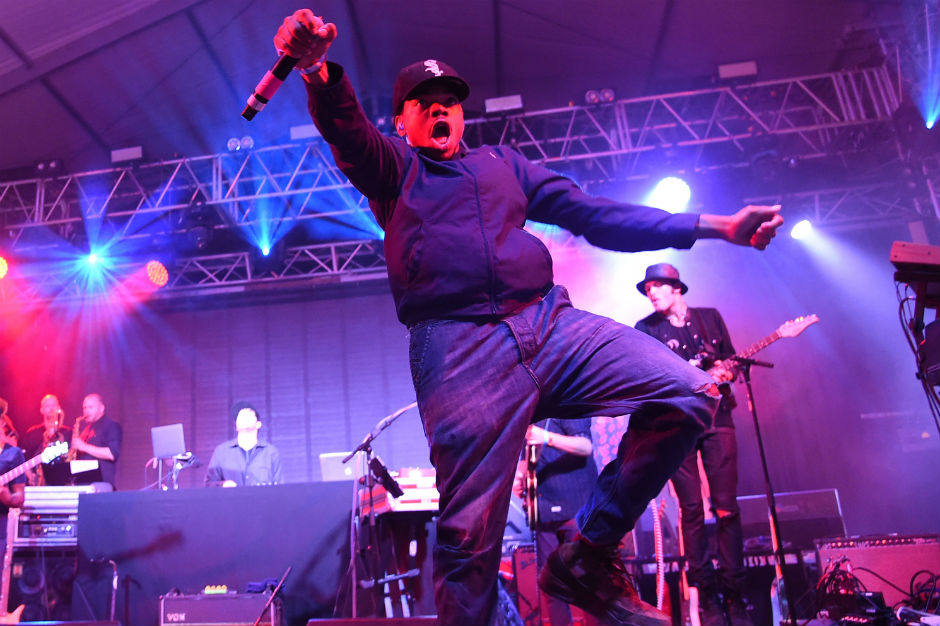 “Family Business” has a whole new meaning for Chicago MC Chance the Rapper now that he’s become a father for the first time. He commemorated the new chapter in his life by performing the so-named song from Kanye West’s College Dropout — which, come to think, set the tone in many ways for this year’s Social Experiment album, Surf — with his band at the Summer Ends Music Festival over the weekend, as noted by Pitchfork. Chance added his own first verse to the song (“I know I’m supposed to have a ready speech / I hope that they don’t impeach”) and a crowd-pleasing outro (“Used to be Chance the Rapper, now I’m Chance the Daddy”). Watch fan video here.