Nicki Minaj Trumps Robin Thicke on His New Single ‘Back Together’

She compares herself to Mary Poppins and Hillary Rodham Clinton 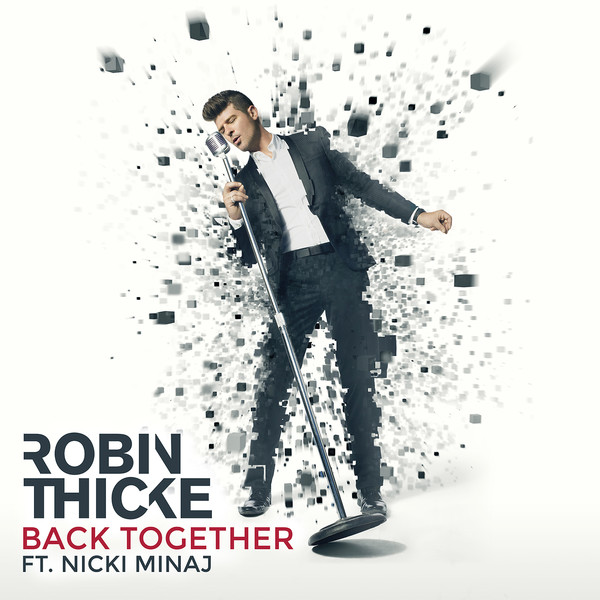 Robin Thicke’s dodging rumors that he’ll soon marry his 20-year-old girlfriend with a new song called “Back Together,” a — who else? — Max Martin production that also features Nicki Minaj.

For those unfamiliar with Thicke’s catalog pre-“Blurred Lines,” the R&B singer’s worked with Nicki before, on 2009’s sultry “Shakin’ It 4 Daddy,” but on both songs, she totally outshines her partner. “Ayo Robin / I get more head than when they noddin’ / Kitty on fleek, it’s popping, I’m Mary Poppins,” she rhymes.

Will this song catapult Thicke back into the public’s good graces? Probably not, but it’s a really catchy, frothy piece of late-summer fluff that’s in line with Martin’s work on recent Maroon 5 tracks like “Sugar” (the remix to which Nicki appeared on as well) so we can’t fault it for anything.