Because Aphrodite was also a beautiful dirtbag 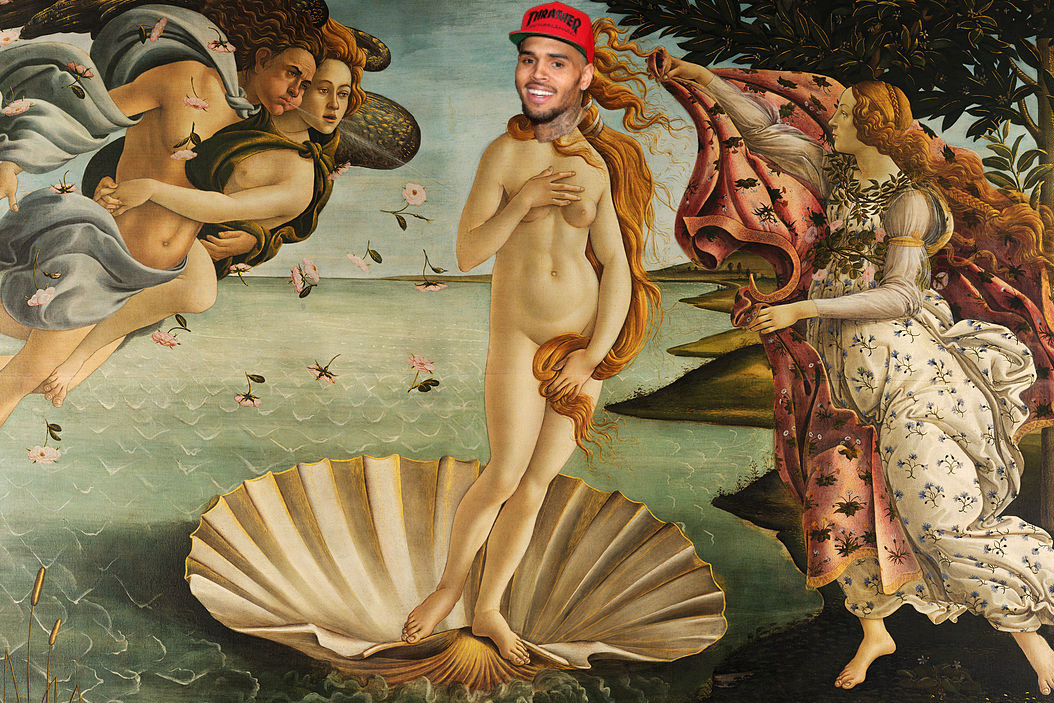 Chris Brown is nothing if not someone who absolutely gives little to no s–t about what anybody thinks about him — what other type of person would willingly get the face of a statue of the Greek goddess Aphrodite tattooed across the back of his head?

If you’ve paid even a millisecond of attention over the past half decade or more, it shouldn’t come as a surprise that Brown’s one of the most reviled names in music. The singer has a tempestuous history, one that’s found him arrested several times, cheating on his girlfriends (one of whom’s tale made it onto an Oprah-sanctioned reality show, Iyanla Fix My Life), tossing chairs through TV studio windows, and fighting with other performers both in reality (most notably a brawl with Frank Ocean) and over social media (which, come on, lame).

SPIN isn’t one to slam anybody for their tattoo choice, and in Brown’s case, in fact, Aphrodite is the perfect choice of permanent, life-altering ink. Get ready to get your mythology on, because here’s why:

And there you have it — well done, Chris Brown. You did it. Enjoy having that blob on the back of your head forever.