The Sweetgreen co-founder didn't know the words, but a female fan in the crowd crushed it 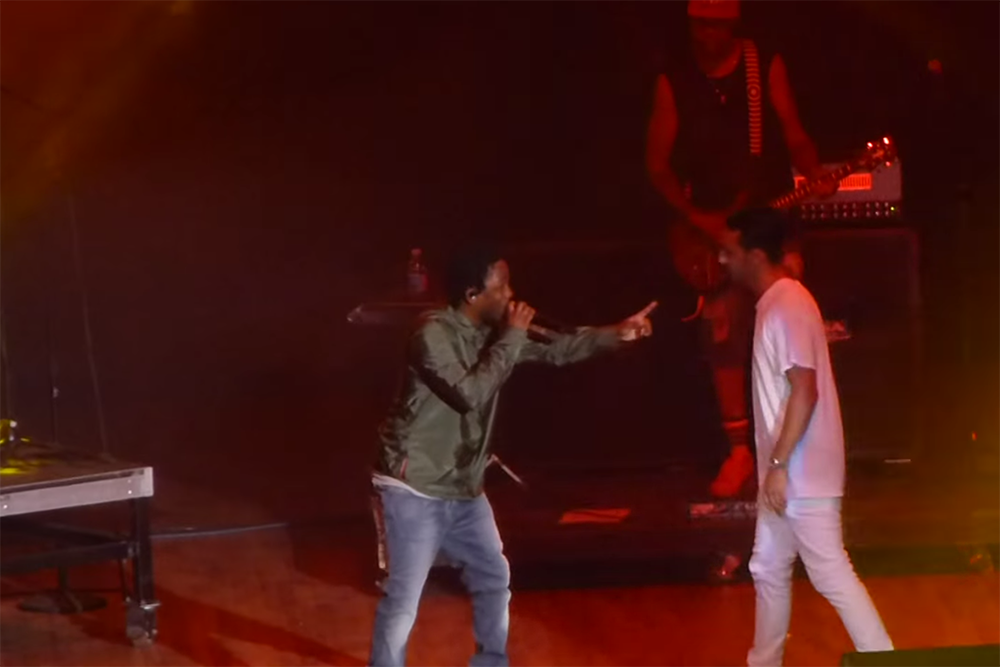 Fancy salad restaurant chain Sweetgreen held their annual Sweetlife Festival over the weekend, and Kendrick Lamar was the headliner on Sunday night. The company has been pretty into the To Pimp a Butterfly rapper recently, as they just made a special Lamar-themed salad called “Beets Don’t Kill My Vibe.” So you’d expect, then, when the CEO and co-founder of Sweetgreen, Jonathan Neman, was invited onstage to rap along to “m.A.A.d. city” with Lamar after explicitly being warned he needed to know all the words, that he would, um, know all the words. He did not, and Lamar almost instantly kicked him off stage and lightly ridiculed him for his failure.

He went on to explain that, in his experience, female fans tended to perform much better, and his theory was supported by Nemen’s replacement, Ayanna, another audience member who came on stage and promptly crushed it. Watch the whole cringeworthy thing below.