The 28-year-old New Orleans musician is a fine addition to the show, premiering on September 8 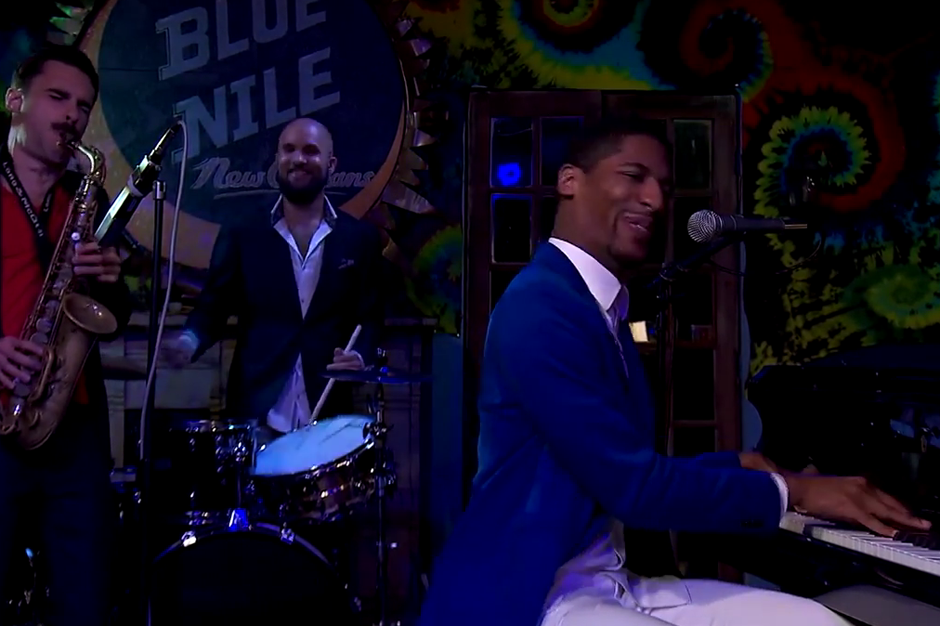 According to CBS, New Orleans musician Jon Batiste will lead the charge as Stephen Colbert’s bandleader on the host’s upcoming Late Show. For those unfamiliar with the 28-year-old, he’s a genre-spanning artist who’s worked with some of jazz and soul’s greatest minds, such as Wynton Marsalis, Prince, and more.

Colbert announced Batiste’s signing in a short video in which he’s presented with a plate of traditional, sugar-powdered beignets. Watch that below (followed by Colbert’s absurdist press release about Batiste’s hiring), and look for the Late Show premiere on September 8.

Move over Madame Elizabeth Thibble, first female balloonist, because from this moment through perpetuity, June 4th will be celebrated as the day jazz virtuoso Jon Batiste became bandleader for The Late Show with Stephen Colbert!

“We are thrilled that Jon Batiste is joining The Late Show family of products,” said Host and rare mp3-collector Stephen Colbert. “For my money, nobody plays like Jon Batiste. And you can trust me, because it is my money.”

Batiste is an acclaimed composer and multi-instrumentalist who has mastered piano, melodica, percussion, bass, conversational Spanish and Microsoft Office (except Outlook, which cannot be mastered). He is an active member of the legendary Batiste family of musicians, hailing from cradle of New Orleans Jazz: New Orleans, The Jazz Easy. He is Julliard-trained, street-tested, and honey-baked, to seal in his juices.