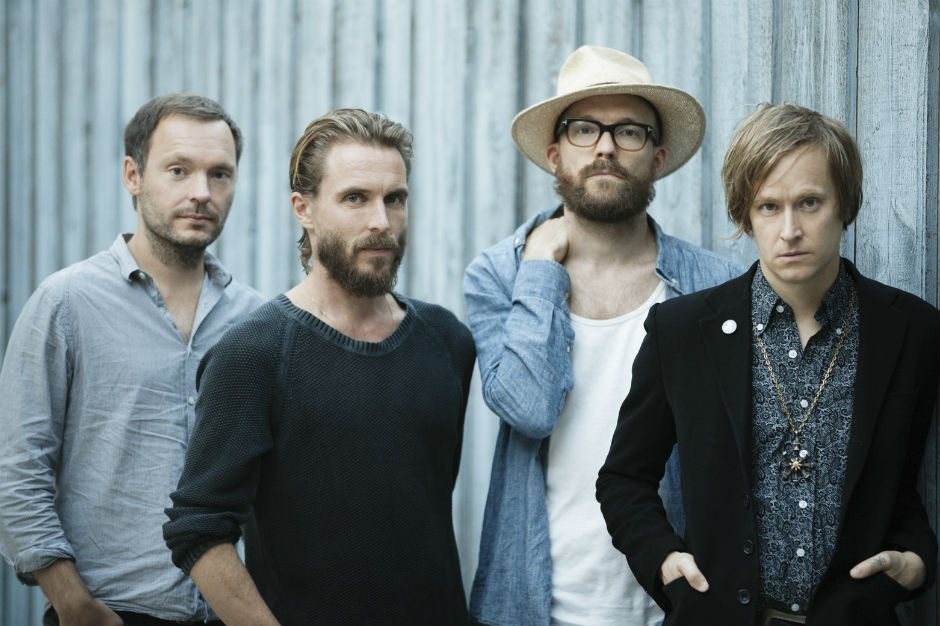 Refused’s long-awaited reunion album Freedom comes out next week on Epitaph records. They’ve already released a few singles, including the mightily riffing “Dawkins Christ” and “Francafrique,” but now they’re streaming the album in full on Pandora.

Today, the band also spoke on the firing of their longtime guitarist Jon Brännström, who posted a note on the band’s Facebook page confirming his departure back in 2013. In an interview with Consequence of Sound, drummer David Sandström said they told Brännström that they were making a new album and “didn’t want him in the band.”

“It’s just one of those things that happens in bands,” he explained.  “He wasn’t committed. The thing with Refused is that we’re all performing at a pretty high level. We like a good challenge. He really doesn’t sacrifice himself for anyone else, so he couldn’t be a part of it.”

The Facebook post was apparently intended as “sabotage.” Frontman Dennis Lyxzén tried to downplay the whole affair. “It didn’t work out,” he said. “But that’s just part of any work relationship.” Either way, the band was able to release a new record after 17 years, so they still have that. Look for it in stores on June 30.