'Freedom' arrives on June 30 via Epitaph 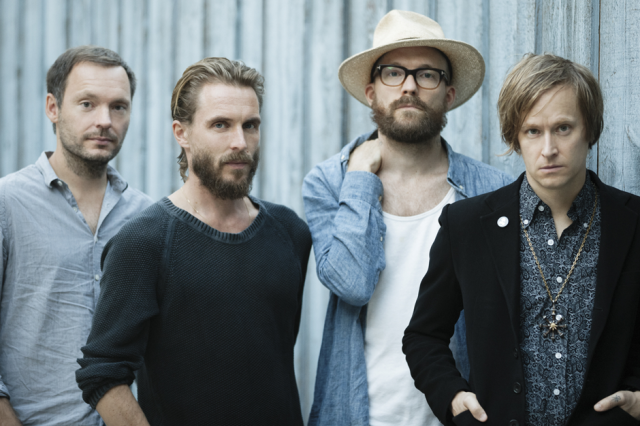 A few weeks shy of releasing their long-awaited follow-up to 1998 hardcore staple The Shape of Punk to Come, Refused have a new video out for single “Dawkins Christ.” Packed with grainy imagery of crashing waves, exploding volcanos, and select other natural phenomena, the clip weaves in a series of disturbing sights like ominously crackling fire, intimidating church and crucifix shadows, snakes, and other frightening visuals reminiscent of Willy Wonka’s psychedelic boat ride.

Drummer David Sandström explained the song’s meaning in a press release: “The title [Dawkins Christ] refers to the famous biologist whose atheist theology has inspired a semi-cult who in turn sees him as a messianic figure, an irony that partly inspired the lyrics. The music draws from the film scores of Hans Zimmer and Ennio Morricone as well as pre-Reign in blood Slayer.”

Freedom is out on June 30 via Epitaph. Preorder it here.