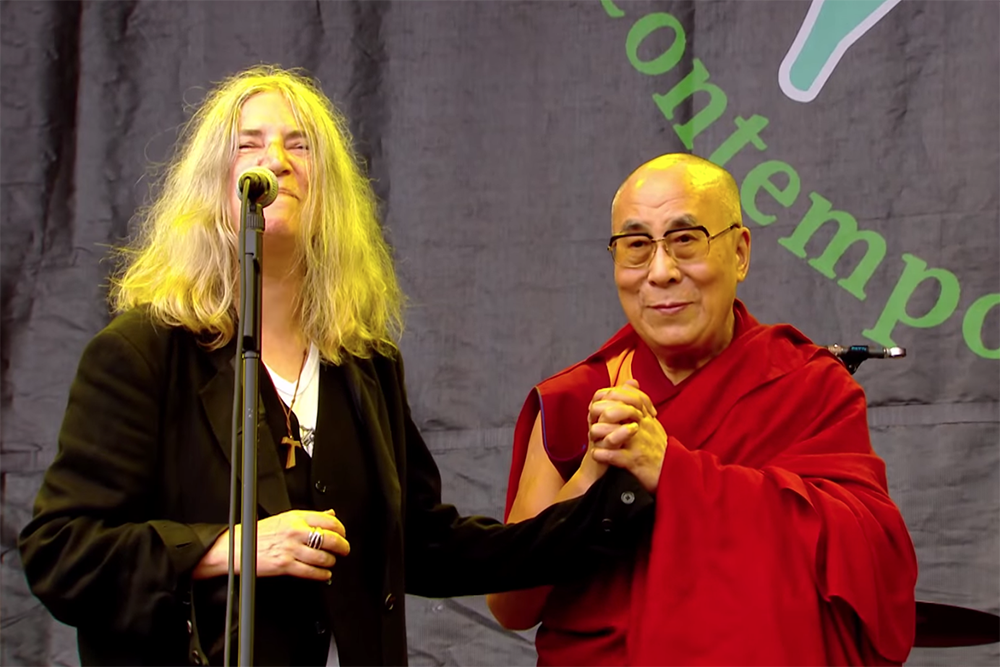 The term “special guest” gets thrown around a lot at concerts these days, but Patti Smith brought out a truly special guest at the Glastonbury Festival on Sunday — His Holiness the Dalai Lama. The exiled Tibetan spiritual leader joined the trailblazing punk artist on stage to help celebrate his 80th birthday, which is coming up on July 6. Smith got the packed crowd to sing “Happy Birthday” to the Dalai Lama, who was making his first appearance at the festival, before presenting him with a cake. The Nobel Prize winner gave a short speech on the need for a moral education at schools and universities, according to the Associated Press, and praised Glastonbury for being a “festival of people, not politicians and governments.” BBC has uploaded a video of his appearance to YouTube.

The Dalai Lama Releases ‘One of My Favorite Prayers’