Madonna was also rumored to have been considered for the role 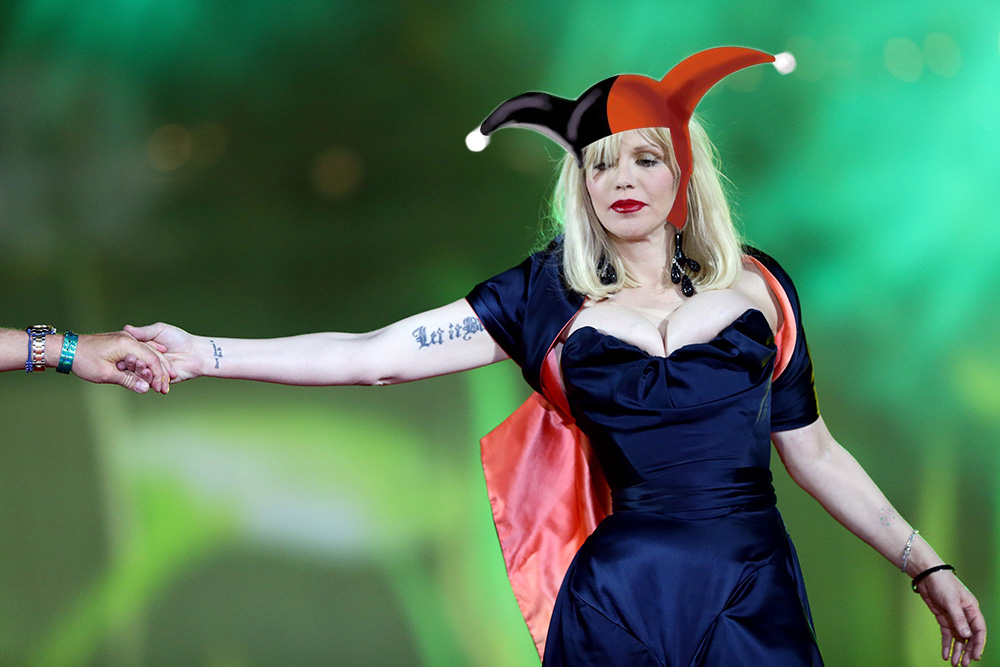 According to Hollywood director Joel Schumacher in a recent interview, Hole rocker Courtney Love was once considered for the role of Harley Quinn in his canceled Batman Unchained flick, which would’ve also seen George Clooney’s return as the Caped Crusader. Though Madonna was also heavily rumored for the role, Love apparently met with directors about the character in the mid-nineties just prior to the failure of Batman & Robin, but before Love could actually be cast, Batman Unchained saw its plug pulled. As Schumacher tells The Hollywood Reporter:

The standout character of the film would have been Harley Quinn, who in the end finds redemption for her villainous ways. She was to be complex, conflicted and ultimately a good person underneath. While the casting process never got off the ground, Protosevich’s agents at CAA set him up for lunch with Courtney Love, who was also repped by the agency and was interested in getting an acting career going.

“I think she had heard about the possibility of Harley Quinn being in the new Batman and was thinking she would be good for it,” says Protosevich. “But we didn’t really talk about that. We talked about a lot of other things. It was certainly one of the better lunches I’ve ever had in my career in show business.”