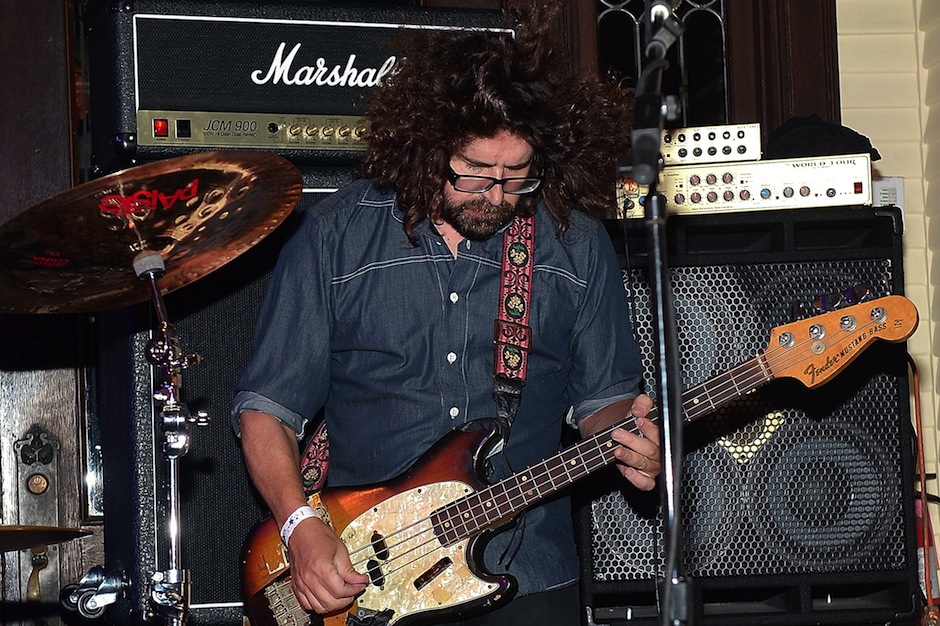 Lou Barlow has hinted over the years at a collaboration with Melvins drummer Dale Crover and Folk Implosion guitarist Imaad Wasif, but until today there was no recorded proof of its existence. As Stereogum points out, Barlow posted a pair of freewheeling tracks on YouTube by his band Tres Padres. “Father’s Day” and “A Lot to Maintain” were recorded at Dave Grohl’s 606 Studios and Foo Fighters member Nate Mendel lends some bass work to the former of the tracks.

Each side of the single features Barlow’s typical brand of maudlin power-pop as a guiding principle, but Crover and Wasif lend an important heft to the proceedings. You can listen to both tracks below, and as an added bonus there’s also a video of Crover playing with Dinosaur Jr. at an anniversary show for You’re Living All Over Me.