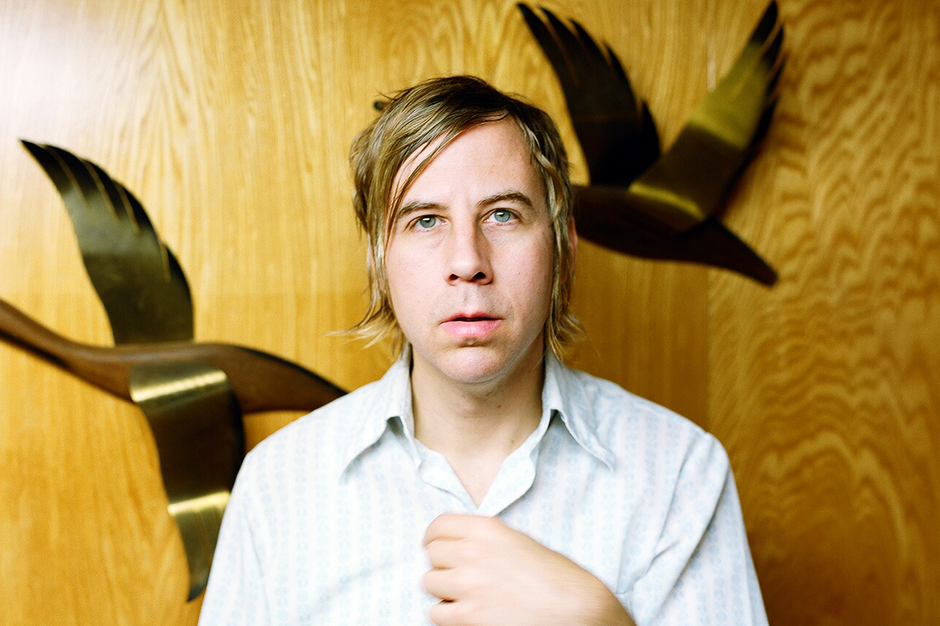 As a special tribute to Songs: Ohia and Magnolia Electric Co.’s late frontman, Jason Molina, longtime indie-rock producer and singer-songwriter John Vanderslice has covered the former band’s “Long Dark Blues” — a demo version of what would originally turn into “Farewell Transmission,” opener to 2003’s The Magnolia Electric Co. LP. In Vanderslice’s hands, the song reads as an eerily beautiful epitaph: “Feel his ghost breathing down my back / I will drive wherever I drive / I will be gone, but not forever.” Its tempo ebbs and flows, making it otherworldly in a lost-in-the-woods, Bon Iver kind of way. It’s a part of the singer/songwriter’s Mass Suicide Occult Figurines reissue, coming out on May 19 via the Native Sound.

“I really dislike covers,” Vanderslice reveals to SPIN over email. “Usually they are too deferent to the source, too timid. They need to be a reaction to or an undermining of the original. This song was originally commissioned for a Molina comp and was rejected; I wasn’t surprised.”

Continuing, Vanderslice describes the way he interpreted “Long Dark Blues.” “Everyone hears the confessional folk, the Oldham, and the On The Beach-era Neil Young in Molina,” he says. “I heard the Pink Floyd, the drugs, and the loneliness.”

Pre-order it here, and listen to Vanderslice’s “Long Dark Blues” below.

The Strange Is Gone From San Francisco

Into It. Over It. Go Full Analog for New Album ‘Standards’