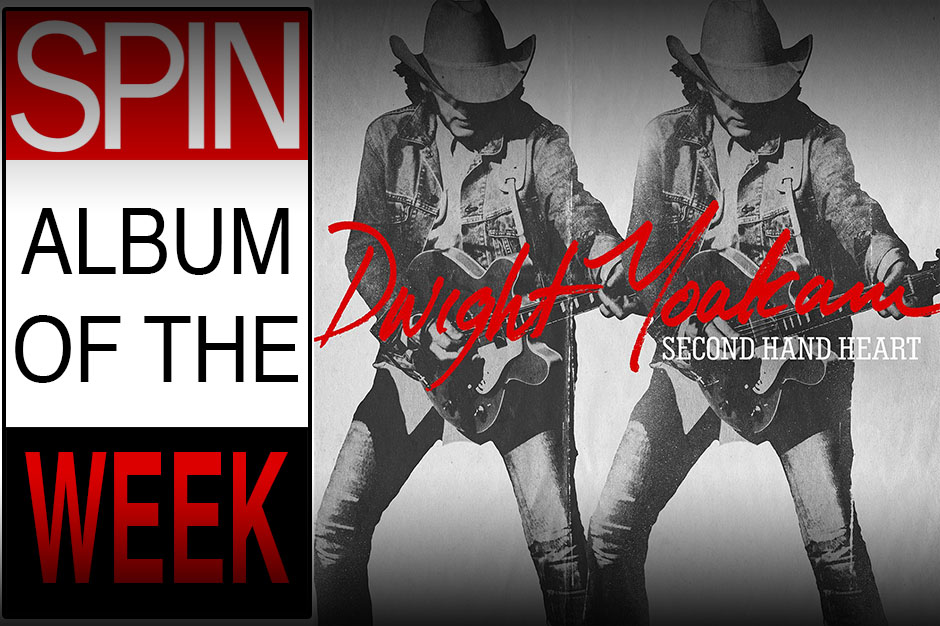 Artists dependent on tradition as muse and subject gamble on fate. Eventually the marketplace will deal — so they think. Well, Dwight Yoakam has won twice. After a hell of an ’80s run, he spent the ’90s in Hollywood and released distracted albums before 2003’s superb Population Me marked his return. The revelation was 2012’s 3 Pears, in which at 56 he sounded no different from the hiccuping punk who shoved his guitar neck in the faces of Earl Thomas Conley and Oak Ridge Boys back in 1985. Second Hand Heart is a whisker less awesome, but in the last month only Earl Sweatshirt’s album could match its acerbic brevity. (And Earl’s album title is better.)

Treating vowels like rubber bands would seem the mark of a love man, but Yoakam instead has spent 30 years counting the ways to be wicked. The light, glancing “Off Your Mind” sketches I-don’t-care-if-you-don’t standoffs that lots of pairings thrive on. “Regret is all we ever learn to see,” he sings on “Believe,” rather proudly. Meanwhile, new guitarists Brian Whelan and Eugene Edwards strum und twang through a ferocious “Man of Constant Sorrow,” a standard I’d thought had too much dirt on its coffin. Yoakam original “Liar” is even louder: It’s got Buck Owens in its melodies and Emotional Rescue-era Stones in its Telecasters. The elegant symmetry of their riffing (and Yoakam’s electric rhythm thrashing) gives Second Hand Heart a fetching thickness; the album sounds really fucking good, meant for car-stereo blasting. It’s like longtime Yoakam collaborator Pete Anderson never existed.

Despair as a setting instead of a subject, and without a jot of cynicism — that’s what’s most remarkable about Second Hand Heart. The arrangements soar, the lyrics bore. The penultimate song, a barnburner called “The Big Time” (as in “I’ve never seen the…”), is a nostalgia-scouring pad. Spending months in 2014 opening for Eric Church on The Outsiders tour, Yoakam’s (re-)embrace of the restorative power of five guys making noise coincides with Church’s own commitment to growls and baritone guitars. Who was learning from whom? The Outsiders was often compelling, but blowsy and distended (2011’s Chief was Church’s own lean, malevolent Yoakam album).

But what a difference, for Yoakam’s songs are the musical equivalent of a working paleo diet. No longer angling for a hit, this veteran of the airplay succession wars continues to record some of the best music of his life. Support it.