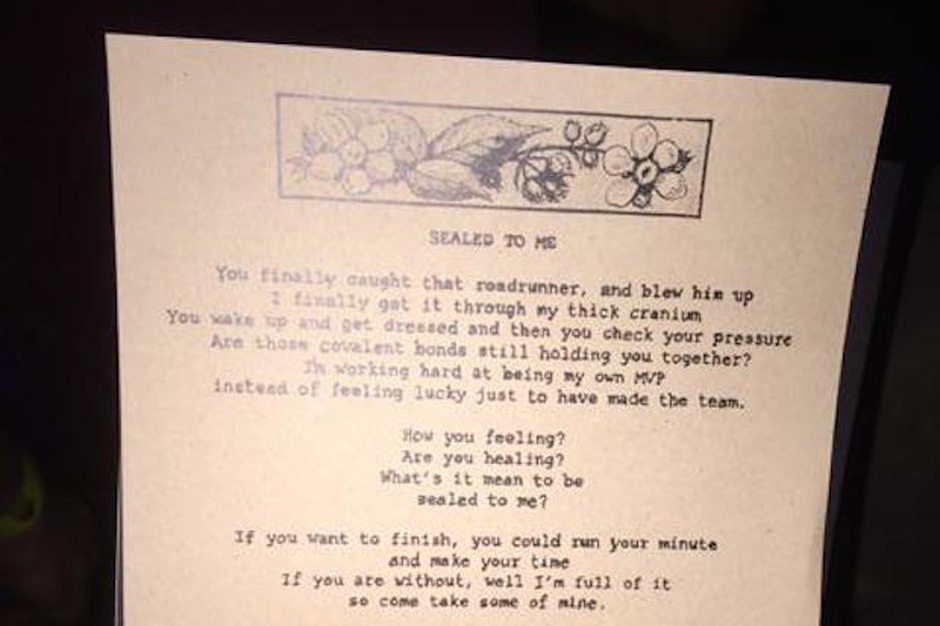 Just days after debuting their first new song in six years, “Mene,“ at Coachella, Long Island legends Brand New premiered yet another new cut, “Sealed to Me,” at a Los Angeles concert last night. According to Stereogum, the band passed out a lyric sheet for the song at their show’s merch booth prior to the track’s performance. Though Brand New has yet to announce their certainly impending fifth album, it seems like an inevitability at this point. Watch their “Sealed to Me” debut below, and revisit “Mene” here.