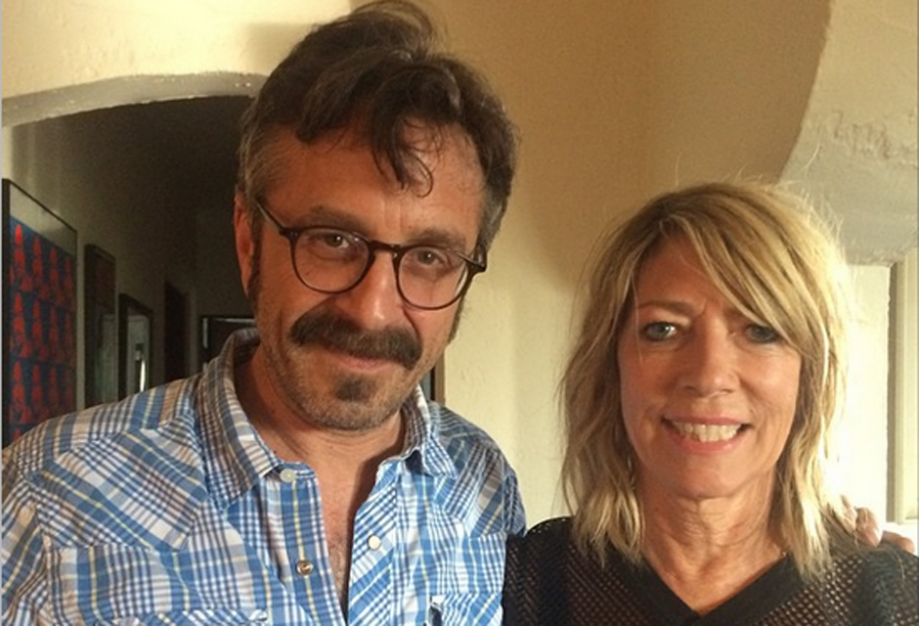 Done conversing with Carrie Brownstein and the New York Times, former Sonic Youth member Kim Gordon is now visiting Marc Maron for an interview on his much-loved WTF podcast. Covering her highly publicized memoir, Girl in a Band, Gordon calls the book “the most conventional thing I’ve ever done,” while touching upon her general refusal to go along with people’s idea of writing “conventional” music.

Among the other topics she glosses over are the different “rock guys” she’s known over the course of her life, visual and performance art, her relationship with her brother Keller, the New York punk crowd, and, most recently, filming a new music video with longtime pal Peaches. “When I went in there [to record],” Gordon says, “it was just kind of a minimal hip-hop track, and I just put something down and then Peaches built a rap around it.”

Something to look forward to. Listen to the entire recording here.