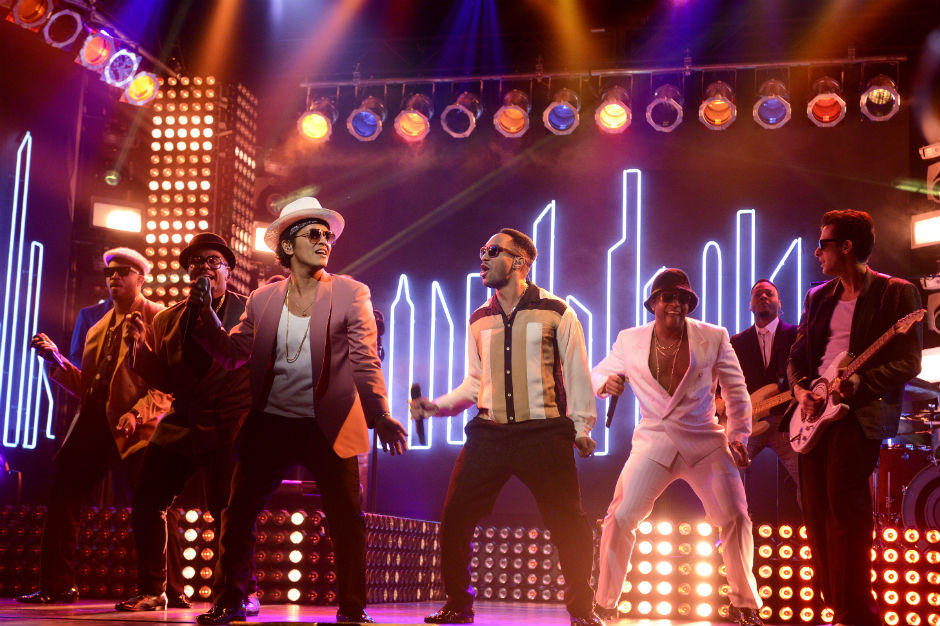 Welcome to the top of the charts, Michelle Pfeiffer. Mark Ronson and Bruno Mars’ smash single, “Uptown Funk,” has finished its slow climb up Billboard’s Hot 100 and achieved what at many points in 2014 seemed utterly impossible: done Taylor Swift one better. After nine weeks at the number-one spot (two with “Shake It Off,” seven with “Blank Space”), T-Swizzle has given it up to the “Funk,” making Mark and Bruno the first male artists to see peak position on the chart since Magic!’s reign of quasi-terror with “Rude” last summer.

The song is not only Mark Ronson’s first trip to the peak of the Hot 100, it’s his first visit of any kind to the terrain, making Ronson the first male artist to go number-one with his debut entry since Baauer and “Harlem Shake” back in those crazy days of early 2013. It’s much more familiar territory for Bruno Mars, who has now planted his flag on top of the chart a whopping six times in the span of a half-decade, ranking him 10th all-time among male solo artists. (Michael Jackson, Stevie Wonder, Elton John, Paul McCartney, Usher, George Michael, Phil Collins, Frankie Valli and Elvis Presley — not bad company to keep.)

All told, not bad timing for Ronson, whose fourth solo album Uptown Special comes out in the States next Tuesday. “Featuring the chart-topping hit…” just sounds so much better than “Featuring the runner-up hit…”