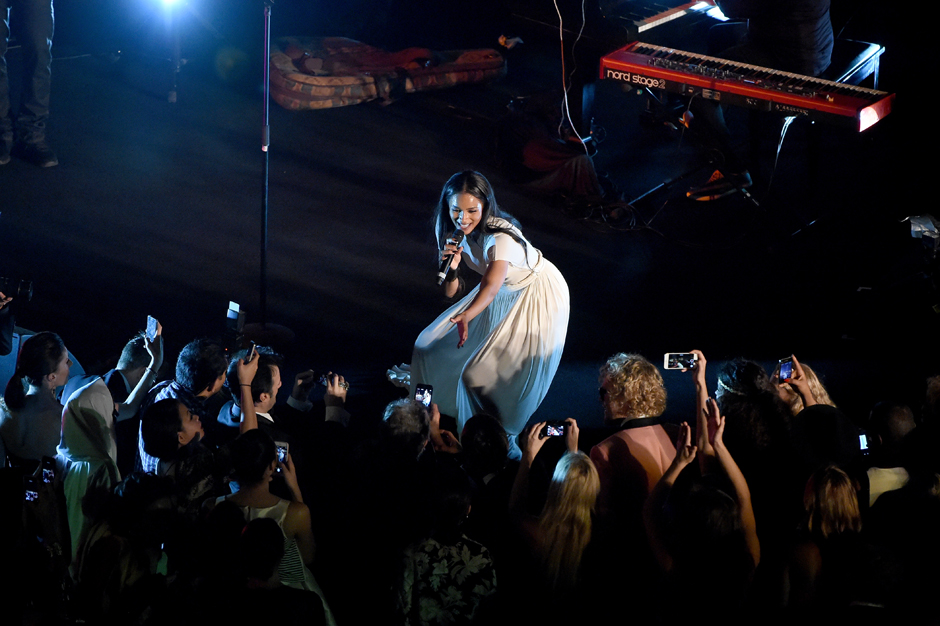 R&B crooner Ciara returned to music after a two-year absence late last night with the release of her self-empowering new single, “I Bet.” Produced by Harmony Samuels (who also helmed Ariana Grande’s 2013 hit “The Way”), the new track cuts deep with lyrics that lash out at an ex — most likely Future, with whom she called off her engagement last year — such as, “I bet you start loving me / As soon as I start loving someone else.” Stream it below and look for Ciara’s new album, rumored to be titled Jackie, later this year.