Trend of the Year: How PC Music Chewed Up Pop Conventions

The future of electronic music is a brand-skewering, gender-bending British collective who uses decoys in live appearances

Pop is worth parodying. Just ask “Weird Al” Yankovic, who landed his first number-one album in 2014, after it was safe to assume three decades ago that he’d remain confined to the Dr. Demento ghetto. Or the Magnetic Fields, whose 69 Love Songs gutted convention and then stuffed the insides back in with no particular order. Pop means popular, things that are popular become imitated, and those imitations multiply until you have tropes. And then the real fun begins when you cross those wires and fuck things up, even imparting socially conscious meaning: the Knife quoting Salt-N-Pepa on a death-disco dirge; Johnny Cash teaching Nine Inch Nails about real pain; T.I. sampling the “Numa Numa” song. Pop also means “explode.”

A.G. Cook is the 24-year-old founder of PC Music, a label/laboratory that manufactures a sort of Second Life version of pop, done backwards, inside-out, melted in microwaves, and raised on a steady diet of Hipster Runoff and Scritti Politti’s pointillist classic, Cupid & Psyche 85 (one of Cook’s favorite albums). The London-based collective’s assembly line of web-only electronic singles sounds like burst bubblegum (of the “Yummy Yummy Yummy” sort) stuck between the gears of singing androids. And after some beta testing, PC’s official and unofficial releases finally caught fire in 2014, a year that benefited mightily from a satirical new pop universe. 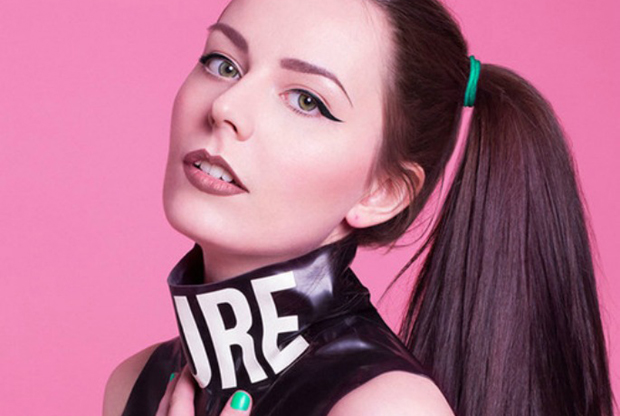 The loosely defined crew boasts a dozen or so names whose pop knowledge seems as boundless as it is fearless: one hour-long DISown Radio mix contains a cover of Burial’s “Archangel” spawned entirely from warping synth bends, which quickly gives way to a sizzurp-sleepy callback to Toni Basil’s “Mickey,” while “Secret Mix” by GFOTY (as in “Girlfriend of the Year”) finds a Chippette wholeheartedly singing Celine Dion’s “It’s All Coming Back to Me Now.” The more DJ-like Life Sim stitched together “Caladhort (Warlord Edit)” largely from a frenetic, pitched-up “Call Me Maybe” loop, complete with a Lil Jon “Yeeeeeeeeeah!” thrown in for good measure. Who are these people and what have they done with our sacred canon?

Even taking a PC census is difficult. This cavalcade of artists includes Hannah Diamond (seemingly a real person, who sings pitchy, broken Disney-princess-style ballads with a club sheen), GFOTY (the most obviously political of the group), Kane West (who has his Yeezy-trolling name on the only PC release that’s not a mix or a single, the Western Beats EP), and QT (definitely not a real person, but the artists behind her likeness are signed to Adele-and-Radiohead powerhouse XL Recordings anyway).

There’s also SOPHIE, the producer who’s not an official signee but easily the most high-profile character involved in anything released under the PC Music umbrella. Confirmed to be male (this gender stuff is important, but more on that later), SOPHIE has garnered critical acclaim for twisted dance singles including last year’s sticky “Bipp,” and 2014’s even weirder “Lemonade”/”Hard” twofer. He and Cook operate as the brain-hemispheres behind the fabricated QT, whose sole single, “Hey QT,” has received more attention than any other release from the PC factory (SPIN named the track the fourth best of the year). And they have plenty of Wu-Tang-style killa bees: Dux Content, Life Sim, Lipgloss Twins, easyFun, Tielsie, Maxo, DJ Warlord, some of whom might even exist outside of text on a screen. QT has a model who stands in for press photos and even live performances — SOPHIE allegedly sat in the crowd while the understudy lip-synched “Hey QT” looking bored — though Cook and SOPHIE clearly want us to think the “real” QT is an energy drink. Warhol would be proud.

The PC sonics merit a study all their own, with taffy-pulled pitch corrections, metallic clangs, and Aphex Twin-style bubblesquirts at their most extreme, but keyboards that twinkle like a Kidz Bop record at their most accessible, with lots of (fake?) female vocals tweaked into helium-filled cariciatures. Some have surmised that that using faux-female figureheads is cynical; NPR Music called it “Internet drag.” But the melodies are too rich, not just well-tooled for satirical purposes but actually gorgeous, sung with playful life and even vulnerability to them. And then there’s the matter of lyrics, which set the PC bunch apart from anything that’s come before.

Political dance music isn’t an innovation in itself, but to think of an electronic artist or group who’s significantly known for thought-provoking lyrics you might have to reach back to label-bankrupting groups like Negativland and/or the “mash-up band” Evolution Control Committee, who turned AC/DC riffs into “Rocked by Rape.” But those are samples. Depending on who you believe (cue Kathleen Hanna’s chants of “Misogynist! Genius!”), PC Music’s satire is too knowledgeable to not be feminists at heart, even if every one of these artists turns out to be men.

GFOTY has a segment in the nine-minute “Secret Mix” around the 4:15 mark that cuts up a voice hiccupping “W-w-w-w-what’s your name?” and “I like your smile!” julienned together until it sounds like “C-c-c-can I get a smile?,” an incredible simulation of the repetitious clip of street harassment. Her other singles are less ambiguous: the vicious “Take a Picture” featuring a rapper named $eriou$ thug$ who brags, “I’m on that LinkedIn” like Andy Samberg before another high-pitched, anonymous woman coos, “Cuz when I’m going down on you / I want a really good review / I’m gonna take off all my clothes / Take a picture, show your bros”) and “Friday Night,” with its Groucho Marx-grade timing (“In the backroom / Suck your dick / Thanks for coming / That was quick!”). A.G. Cook’s ridiculous “Keri Baby,” has Hannah Diamond following a hilarious come-on (“Tell me if you want to see me / Play with my hair on a TV”) with a cheer to “Give it to the girl! Give it to the girl! Give it to the cutest girl!” 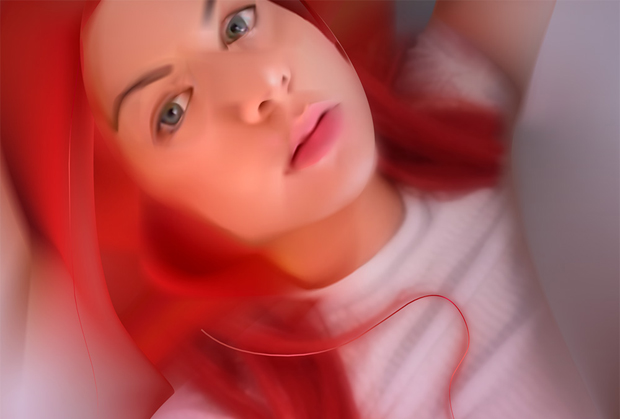 Not only do these laugh lines feel carefully considered as incisive humor, they’re perfect mirrors to reflect back on our absurd expectations for women. The bros line is particularly chilling in light of the gang rape allegations at UVA. Women certainly aren’t the punch lines in these songs, but rather the people who hire them to read inane scripts, which is even more on-the-nose in Kane West’s advertising-themed “Good Price.” The tune is introduced by a winsome cipher named Sarah, who excitedly shouts, “I’m going to sing on the next one!” before listing triumphant slogans like, “Best price in the world! Free shipping to the world!” Other titles on West’s EP include “Power of Social Media” and “PR,” unafraid to skewer even PC’s own hype. Shouldn’t other conflations of women and money in pop feel as silly as these do? If nothing else, the conversation surrounding the label helps expose the sexist absurdities we take for granted in “real” pop.

But the best works from this collective set these eye-opening subversions to amazing music. Cook’s remix of Dreamtrak’s “Odyssey, Pt. 2″ is a victorious, sparkling house instrumental taken over the top by new PC-fied vocals gloating, “You should meet my college friend, he drives a Mercedes / You should meet my other friend, he’s good with the girls!” while a tenderhearted Michael Jackson/Weeknd soundalike earnestly croons, “You’re always on my mind / Baby there’s no time.” It is on this track that all Cook’s gifts are in full effect: taking the reins on a gorgeous melody and infusing it with deadpan comedy that rockets it into bizarre fireworks rather than weighing it down.

And “Hey QT” is so notorious because it comes so close to being a “passable” pop song — scrubbed of SOPHIE’s usual, devilish sonic twists — that it actually threatens people’s perceptions. It’s the first PC tune that could be laughing with you or at you, with the listener none the wiser. The song is startling evidence that they could infiltrate Stateside pop: SOPHIE is already working with one of Japan’s most recognizable stars, Kyary Pamyu Pamyu, the same personality whom Avril Lavigne was aping in the infamous “Hello Kitty” video (and we all know the national anthem of the K-Pop that’s said to be a huge influence on the collective).

With the bent clichés kept to a relative minimum, lines like “I feel your hands on my body / Every time you think of me boy” could almost pass the uncanny-valley stage and become plebian radio hit. (Almost.) And with the conceit out front that SOPHIE and Cook want to convince people that QT is a “sparkling new pop sensation,” we might think we’ve got them pegged. But they’d have the last laugh if the lip-synching model is a real singer after all. The melodies and sound effects are as real as anything released in 2014, with as much to say about womanhood, or at least the global perception of it, as Beyoncé. Don’t be so cynical.