The Wrens Finally Ink a Record Deal, With a New LP On the Way

Home » News » The Wrens Finally Ink a Record Deal, With a New LP On the Way

It’s been 11 years since the Wrens released The Meadowlands — 11 long, long years. Now, after teasing a snippet from their forthcoming album last summer, the New Jersey indie-rock stalwarts have announced that they’ve officially signed a new record deal, and that aforementioned album is on its way. Hoagies and saltwater taffy for everybody!

Twenty-five years in, a step toward the dream of legitimate employment: we have signed a recording contract….http://t.co/39cPge8UL3

Confirming the news on their website, the band held off on more details (such as which label they signed with) until a more official announcement, but the peek below should be enough to get fans frothing. After all, what’s a few more weeks or so after they’ve already been patient for a decade? 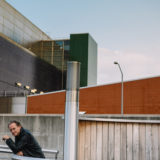 …for the first time in I don’t even know how long (years at this point!), we all four got together. The occasion? Well, I realize it’s not big news in any sense except to us, but after 25 years as a band and for the first time in 20, we, as they say, have inked a deal. Pens were handed out presidentially. Morning beers were clinked together. The devil wrung his hands in delight & vanished in a smoke puff, laughing.

Honestly not being coy but promised not to reveal details, pending a more official announcement from both parties. But wanted to say at least something, partially ’cause we’re all super happy about it.

And partially because pretending to do this for a job (or whatever this is), there are none of the usual office trappings or career mile-markers along the way. No promotions; no HR; no office holiday party or company phone; heck, no office or company; no paid vacation; well, no ‘pay’ really…actually the more I write, the more I’m clearly describing a hobby. Anyway, so partially for myself (I signed a binding legal document! On letterhead!).

And partially to have something even a little more concrete than my usual “work continues nightly” to show that…this record is actually happening. And nearly done.

The Wrens, as some might remember, spent a decent portion of the ’90s and ’00s struggling with Grass Records (now Wind-Up Records, home of Creed and Evanescence) to regain the rights to their 1994’s Silver and 1996’s Secaucus, which remained long out of print as a result. So their first “inked deal” in 25 years of being an underdog band is definitely something of a coup for the minor legends behind “Everyone Choose Sides” and “She Sends Kisses.” Get excited.