Hang on to Your Top Hats: A Guns N’ Roses Hollywood Biopic is Coming 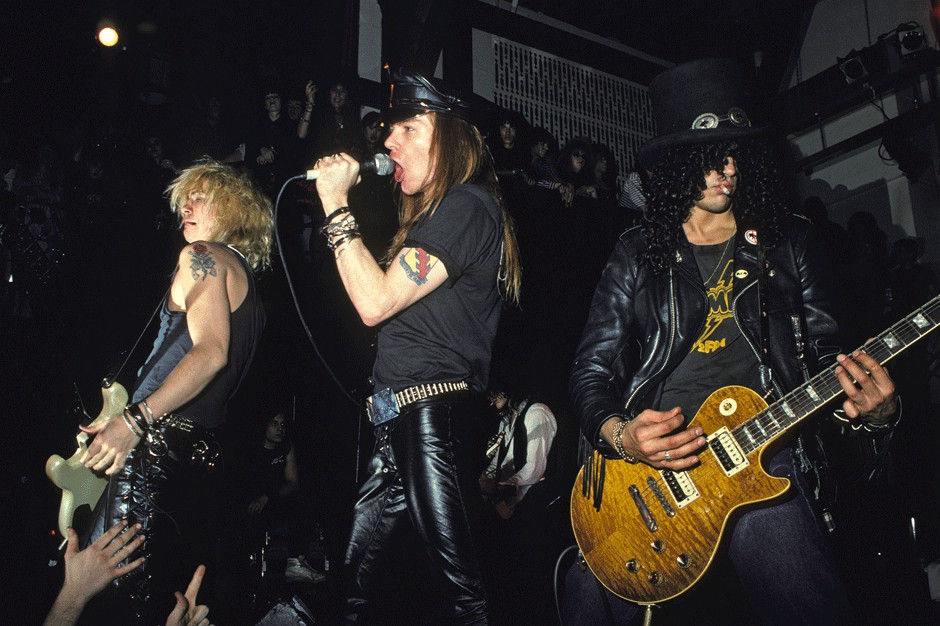 Hard-rock chaos-crooners Guns N’ Roses are getting a Hollywood biopic. Adapted from Marc Canter’s 2008 GNR biography, Reckless Road: Guns N’ Roses and the Making of Appetite for Destruction, the upcoming flick will not be a documentary, but it will be “very detailed” with “no short cuts.”

Posting to GNR’s message board, Canter outlined a few details: “I do have a big say so on the script which is still being put together now but so far looking cool. I am going to see that everyone in the cast is doing their job and doing justice to the band. Since I was there, I know what the dialog was between the band for many of the events that took place. When you find out who is making the movie, you will then understand that it will be very cool. I’m proud of all the hard work that was put into this project and it’s just going to KICK ASS! In no way will it be a cheesy movie like Rock Star. There really is such a great story here that even the outtakes will be great.”

Oh, and before you ask, no, Axl Rose will not be involved. “As you all know Axl doesn’t support anything to do with the old band except playing their songs live,” confirmed Canter. Well, no surprise there.

No word yet on a release date or casting. But may we take this opportunity to suggest a few titles? How about “Make You Bleed: the Guns N’ Roses Story.” Or “Where Do We Go Now: Mullets, Metal & Mayhem.”