Parquet Courts Are Releasing Another Album This Year, As Parkay Quarts 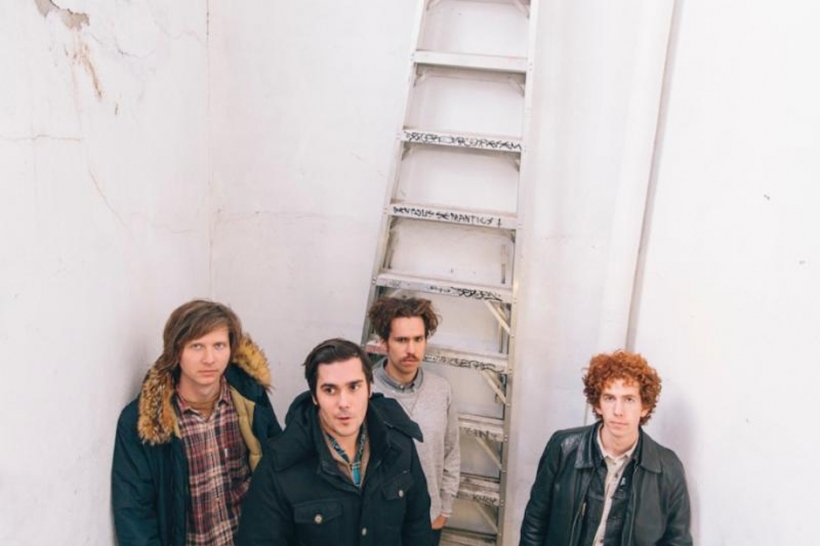 Parquet Courts are the band that just keeps on giving. The former SPIN profile subjects have announced their second album of 2014, Content Nausea, a 12-track full-length that’s scheduled for digital release through What’s Your Rupture? on November 11. Set for physical release on December 2, the upcoming record will follow the band’s Essential June release, Sunbathing Animal. Also of note: Content Nausea will be released under the homophonic name “Parkay Quarts,” a change that’s likely due to the fact that a couple of the band’s members — bassist Sean Yeaton and drummer Max Savage — sat out much of the project because of other obligations.

Parkay Quarts have also shared the album’s lead single, “Uncast Shadow of a Southern Myth.” The track, which group co-leader Andrew Savage describes as “two men tragically colliding in the deep south,” is a six-and-a-half-minute ballad in the old-school, Johnny Cash/Nick Cave sort of sense, with lyrics like “Do you have a gun? / ‘What,’ he said, ‘You mean this one?'” It is unsurprisingly great and can be streamed below:

This is all tremendously exciting news, of course, but we haven’t even told you the best part yet: The new album contains a “gender-bending” cover of Nancy Sinatra’s 1966 number-one hit, “These Boots are Made For Walkin’.” Savage calls the original “a personal karaoke standard,” which, yeah.