The year's unlikeliest and funniest gag feud keeps on building 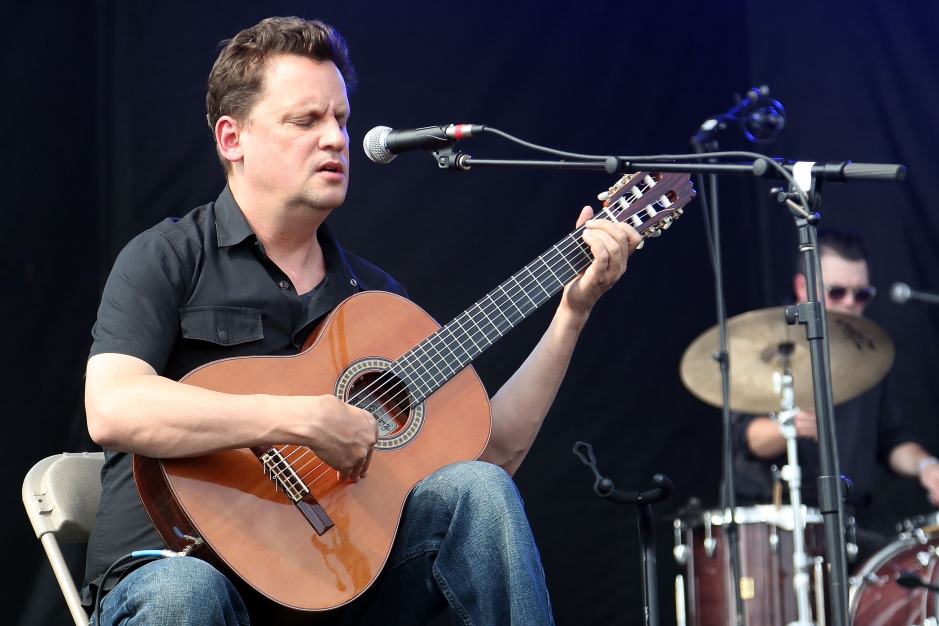 He may have created the year’s most dolorous, heavy-handed album, but don’t ever let ‘em tell you that Mark Kozelek can’t have himself a bit of fun. The Sun Kil Moon singer/songwriter, accused by various websites of apologizing (lord forbid) for his ridiculous onstage rant against the War on Drugs — who drowned out his set a few weeks ago at the Ottawa Folk Fest — has now issued an open letter on his website titled, “I DID NOT APOLOGIZE TO WAR ON DRUGS AND I CHALLENGE THEM TO HAVE A SENSE OF HUMOR OCTOBER 6TH AT THE FILLMORE.” If you suspect that it gets even better from there, you’re absolutely right:

To Pitchfork, Stereogum, and anyone reading this: I did not apologize to “War On Drugs.” I gave them an explanation of the events that lead to my comments. I do not, and will not, apologize for stage banter. I was just letting WOD know that it wasn’t personal.

There is an epidemic of people being ‘offended’ by things as some kind of hobby. Anyone offended by the “H” word needs to be glad their country isn’t being invaded by missiles. Rock-A-Billy is still a genre of music so spare me your whining about “Hillbilly” being offensive.

War On Drugs. Due to all of the fuss, I checked out your live track on Pitchfork, and I called it right. You sound like Don Henley meets John Cougar meets Dire Straits meets “Born In The USA” era Bruce Springsteen. It’s not a criticism, it’s an observation.

I challenge War On Drugs to let me join them onstage and play a hilarious song I’ve written called: “War On Drugs: Suck My Cock/Sun Kil Moon: Go Fuck Yourself” at the Fillmore, October 6th, provided they let me handle the beer commercial lead guitar.

1. This (very silly, and likely taken with 0 percent seriousness by those involved) feud is awesome and more alt-rock acts should be this easily and entertainingly provoked.

2. Kozelek is not right to describe WoD’s sound as a composite of basically every aging rock artist who was still playing stadiums in 1985, but he is right that no one should take such a description as a criticism.

3. “I do not, and will not apologize, for stage banter” and “I don’t have Twitter or Facebook (I make albums)” = Yearbook quotes of the decade.

Five days for War on Drugs to step up to the plate, then. We’re keeping our calendar clear for next Monday just in case.